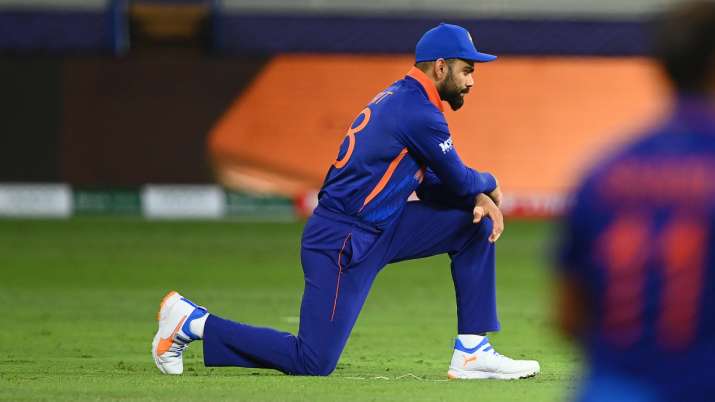 Sports is considered to be one of the biggest uniting forces. The sporting events organized in secured bio-bubbles in 2021 did give us celebratory moments but some also made ugly headlines. The unpleasant rifts, which guised up as controversies, also surfaced up this year.


As the year 2021 is on the cusp of culmination, Indiatvnews.com handpicks the 10 most talked-about controversies from this year.

The year 2021 didn’t conclude on a positive note for Virat Kohli. After voluntarily relinquishing the T20I captaincy, Virat Kohli was sacked from the ODI captaincy by the BCCI. While reports read that the Indian cricket board had given Kohli 48 hours leave the ODI captaincy, the Indian player revealed something contrary to the board’s claims. In Kohli’s words, he was informed 90 minutes prior to India’s team selection (for South Africa) that he no longer holds the 50-over-game captaincy.

The unwanted buildup of this mire has been since October. The matter has now been rested with Sourav Ganguly’s claims ‘Leave it to BCCI.’

The flames of the rift between Virat Kohli and BCCI ignited the dispute between the former and Rohit Sharma- India’s new white-ball captain. With Rohit Sharma being ruled out of South Africa Test series because of an injury and the sideways rumours of Kohli missing the ODI series due to personal reasons, the clash between the Indian players was inadvertently fueled up. Virat Kohli refuted all these rumors saying that he will always be available for selection and Rohit has his full support before flying to South Africa.

The Wrestling Federation of India (WFI) had ‘temporarily suspended’ Vinesh Phogat for indiscipline during her campaign at the Tokyo Olympic Games. Three charges were levied on the Indian wrestler for her indulgence at the Tokyo Olympics. Vinesh, who was training in Hungary with coach Voler Akos, had flown straight from there to Tokyo where she refused to stay in the sports village and train with other members of the Indian team. She also wore a Nike outfit during his bouts, refusing to wear the outfit of Shiv Naresh, the official sponsor of the Indian contingent.

Australia’s transfer of captaincy happened ahead of Ashes 2021-22 as Tim Paine voluntarily resigned from the leadership after being embroiled in a sexting scandal. As per the reports, Paine had exchanged sexual graphics and lewd messages with a female co-worker in 2017. This was one of the biggest scandals that jolted the Australian team following which Pat Cummins was made the charge of the team.

India’s table tennis player Manika Batra made an allegation against national coach Soumyadeep Roy regarding the game-fixing. Batra said that the coach had asked her to concede an Olympic qualifier match against one of his student’s. The Delhi High Court had directed the constitution of a three-member committee to probe the allegation.

Many reports glared up regarding David Warner vs Sunrisers Hyderabad controversy during the IPL 2021. The SRH opener, who led the team to win the title in 2016 was sacked from the captaincy in the mid-season and appointed Kane Williamson as the new skipper. The eclipsed phase even robbed Warner a chance in SRH’s playing XI.

India’s 10m air pistol shooter Manu Bhaker could not make it to the final of the event at the Tokyo Olympics due to a major flaw in the pistol. Manu played a better round of 98/100 in the initial series, but there was a problem with his pistol. The electronic trigger of her pistol had a circuit malfunction (coking lever of the pistol was broken after 16 shots) in the middle of the second series of qualifications due to which the Manu came under time pressure and missed out on making the final. This unwanted incident happened when she was in fourth place.

The dispute between Manu Bhaker and Jaspal Rana dates back to March 2021 before the Olympics. In March 2021, Manu Bhaker had missed out on the gold medal in the 25m pistol event. After this, coach Rana came wearing a white t-shirt that read Manu’s alleged personal message. The controversy came into limelight after Manu Bhaker’s dismal performance in the Olympics.

Hardik Pandya’s outing in the UAE for the IPL 2021 and the T20 World Cup 2021 didn’t come bright. Besides his off-shore performance in the two tournaments, he was roped in controversy soon after he reached India. On his return from the Gulf nation, the Customs department seized two watches of the Indian player at the Mumbai airport as Pandya did not have the bills for them. The cost of the watches was being said to be Rs 5 crore which was later clarified by Hardik himself claiming the amount to be 1.5 crores. Sidelining the social media rumours circling the price tag, Pandya added that he is a law-abiding citizen of the country and respects all government agencies.

Six-time world champion MC Mary Kom has blamed the International Olympic Committee’s (IOC) boxing task force for “poor decisions” in her flyweight (51kg) pre-quarterfinals, which saw her lose two out of three rounds. fell. She said I don’t know and can’t understand this decision, what’s wrong with the workforce? What’s wrong with the IOC?