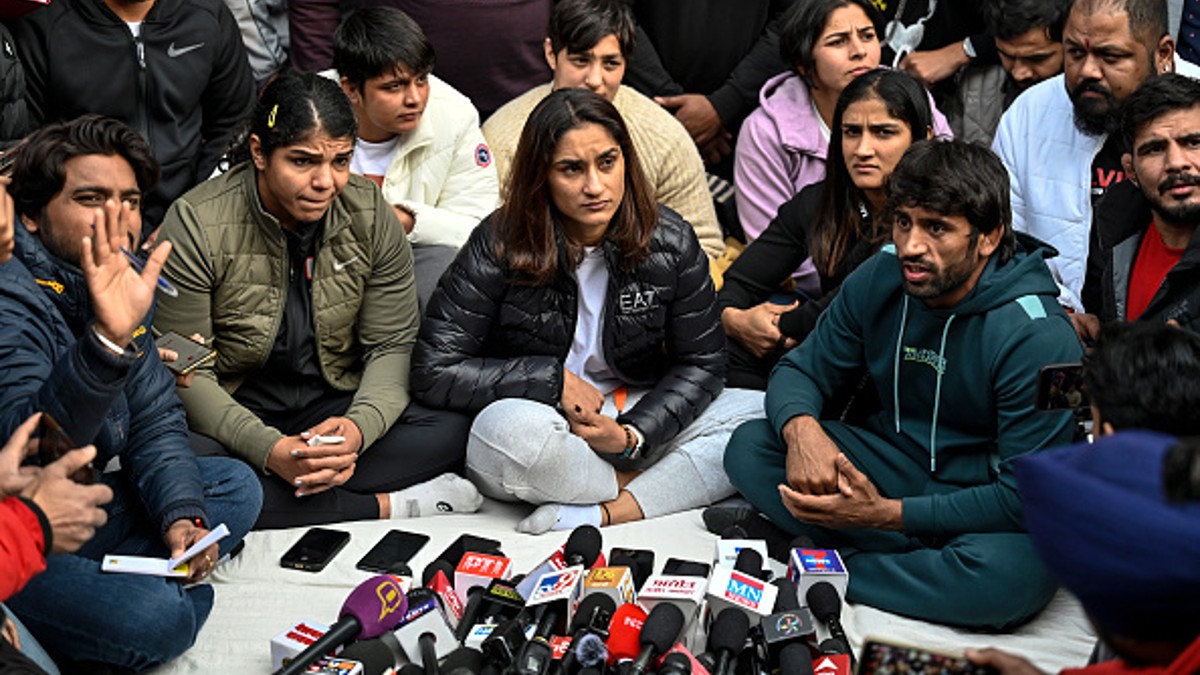 Wrestlers Protest LIVE: India’s top wrestlers, including Tokyo Olympics bronze medallist Bajrang Punia and world championship medallist Vinesh Phogat, staged a protest against the Wrestling Federation of India (WFI) at the Jantar Mantar in Delhi on Wednesday and have continued their protests on Thirsday. The wrestlers were protesting against the “dictatorship” of national federation President Brij Bhushan Sharan Singh.

You can follow all the updates regarding the Wrestlers Protest against WFI LIVE on India TV.

US basketball star Brittney Griner is reportedly well and has seen...

‘Kohli vs Kane is Supposed to be Fire vs Ice’: Aakash...