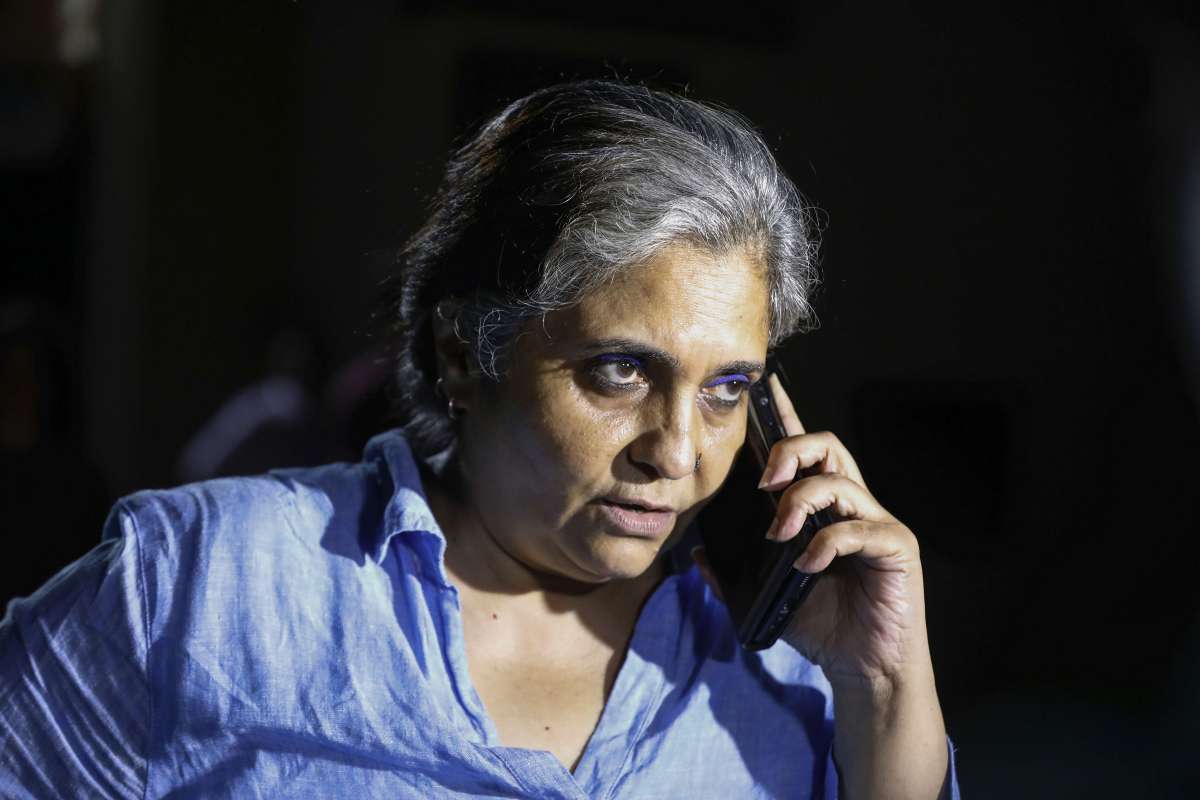 Teesta Setalvad case: The Supreme Court on Wednesday questioned the CBI and the Gujarat government as to why they want to send social activist Teesta Setalvad and her husband Javed Anand back to jail after they have been out for over seven years on anticipatory bail. A bench of Justices Sanjay Kishan Kaul, Abhay S Oka and BV Nagarathna said, “Question is how long can you keep someone in custody. Seven years have passed since anticipatory bail was granted. You want to send her back to custody.”

Advocate Rajat Nair, appearing for the CBI and the Gujarat government said some additional material needed to be placed before the court with regard to the cases and, therefore, four weeks time may be given.

Nair said this had happened in one case but there is more than one case against her and requested the court to grant him four weeks to place additional material on record. “A bench of two judges has referred this matter to a larger bench and has framed questions which need to be decided by this court,” Nair said. The bench posted the matter for further hearing after four weeks.

Sibal submitted a note to the bench pursuant to the earlier direction giving details of issues as to which of the appeals survive for consideration and what is the subject matter to be decided as the passage of time may have taken care of some aspects. The top court was hearing a batch of pleas filed by Setalvad, Anand, the Gujarat police and the CBI arising out of three FIRs lodged against the couple.

On March 19, 2015, the top court referred to a larger bench the anticipatory bail plea of Setalvad and her husband in the case of alleged embezzlement of funds for a museum at Ahmedabad’s Gulbarg Society devastated in the 2002 riots and extended its interim order protecting them against arrest. It had said the question that arises for consideration is whether liberty on the one hand and fair and effective investigation on the other make out a case for extending the benefit under Section 438 CrPC (anticipatory bail).

In 2014, an FIR was registered against them with DCP, Crime Branch, Ahmedabad, on charges of cheating, breach of trust and under the IT Act in a matter related to the construction of the “Museum of Resistance” in the Gulbarg housing society.

Teesta Setalvad and her husband, who were trustees of two trusts- ‘Citizens for Justice and Peace’ (CJP) and ‘Sabrang Trust’- were accused by Feroz Khan Saeed Khan Pathan of having raised a few crore of rupees as a donation from certain donors from India and abroad after projecting to them the plight of the riot-affected people of Gulbarg Society.

Why CBI names her husband in the case

Pathan alleged the couple neither built the museum as promised nor spent the amount for the benefit of the members of the Gulbarg Society nor did they fulfil the assurance made to the victims regarding the sale of their properties. In the second case, the CBI has moved the apex court against the grant of anticipatory bail to Setalvad and her husband in a case where they have been accused of misusing foreign funds.

The probe agency has alleged that a company floated by the couple-Sabrang Communication and Publishing Pvt Ltd (SCPPL)- had received Rs 1.8 crore from US-based Ford Foundation allegedly without the mandatory approval of the Centre.

It has sought cancellation of their anticipatory bail claiming the Bombay high court had erred in giving them the relief after prima facie finding that provisions of the Foreign Contribution Regulation Act (FCRA) had been violated.

In the third case, the Ahmedabad police had moved the apex court against the April 5, 2018 order of the Bombay High Court by which the couple was protected from arrest in an FIR registered on March 31, 2018 for allegedly securing central government funds worth Rs 1.4 crore “fraudulently” for her NGO Sabrang Trust between 2010 and 2013.

According to the Gujarat police, the funds were obtained for a project launched in some districts of Maharashtra and Gujarat to help the victims of the 2002 post-Godhra riots but were misappropriated or used for other purposes. The couple has denied all the allegations made in the FIRs which are being probed by Gujarat police and the CBI.

India To Fly Out Citizens In Ukraine From Neighbouring Countries: Sources