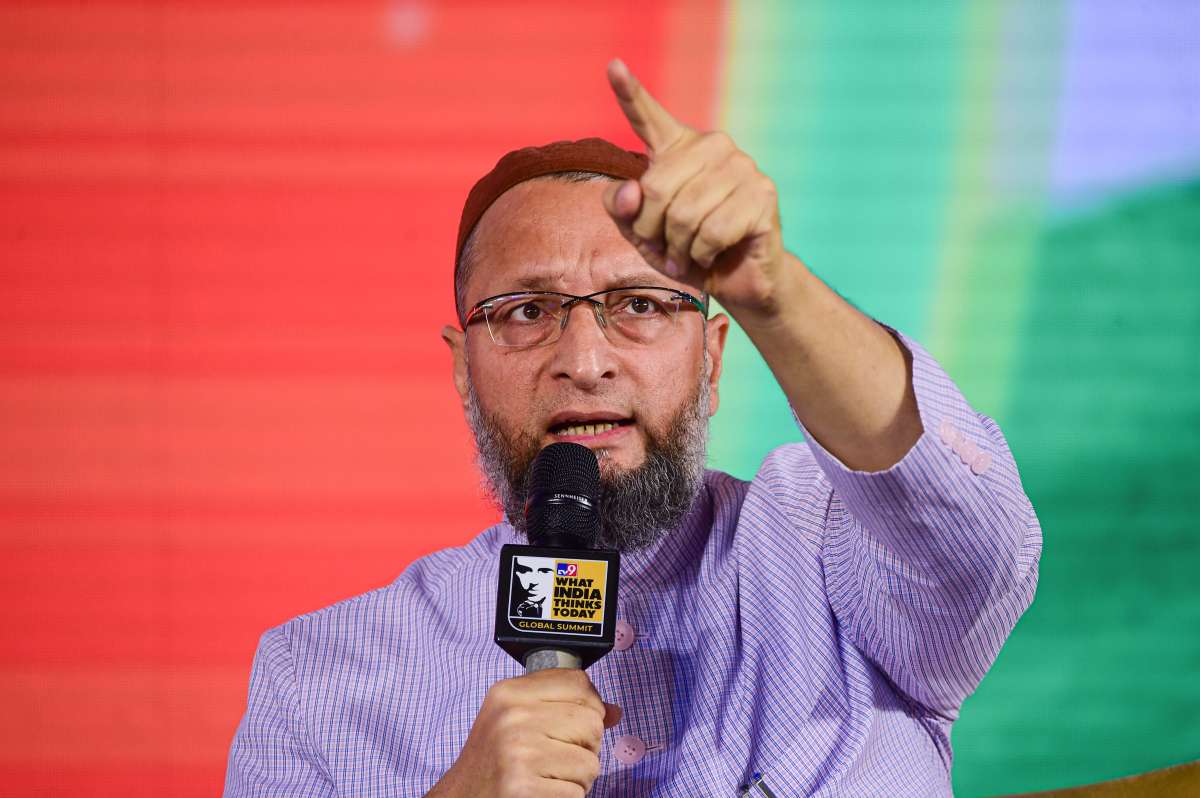 Owaisi on Muslim remark: Hitting back at Mohan Bhagwat who had said that ‘Muslims must abandon their boisterous rhetoric of supremacy,’ AIMIM chief Asaduddin Owaisi questioned RSS’s ideology. Who is Mohan to give Muslims ‘permission’ to live in India or follow our faith, Owaisi asked. Muslims have nothing to fear in India, but they must abandon their boisterous rhetoric of supremacy , RSS chief Mohan Bhagwat had said on Tuesday.

“Who is Mohan to give Muslims “permission” to live in India or follow our faith? We’re Indians because Allah willed it. How dare he put “conditions” on our citizenship? We’re not here to “adjust” our faith or please a bunch of alleged celibates in Nagpur. Mohan says there is no external threat to India. Sanghis have been whining about the bogey of “internal enemies” & “state of war” for decades & their own Swayamsevak in Lok Kalyan Marg says “na koi ghusa hai…”.

“Why this “chori” for China & “seenazori” for fellow citizens? If we’re indeed at war, has Swayamsevak sarkar been sleeping for 8+ years? RSS’s ideology is a threat to India’s future. The sooner Indians recognise the real “internal enemies”, the better it will be. No decent society can tolerate such hatred and radicalism in the name of religion. Who elected Mohan as the representative for Hindus? Fighting elections in 2024? Welcome”

“There are enough Hindus who feel the Boisterous Rhetoric of Supremacy of RSS, leave alone how every minority feels. You can’t say Vasudhaiva Kutumbakam for the world if you’re busy building divides in your own country. Why does PM hug all Muslim leaders of other countries but is never seen hugging a single Muslim in his own country? What is this awakening and war stuff if not rhetoric and hate speech?,” the Muslim leader asked.

Bhagwat had said, “The simple truth is this, Hindusthan should remain Hindusthan. There is no harm to the Muslims living today in Bharat… Islam has nothing to fear. But at the same time, Muslims must abandon their boisterous rhetoric of supremacy.”