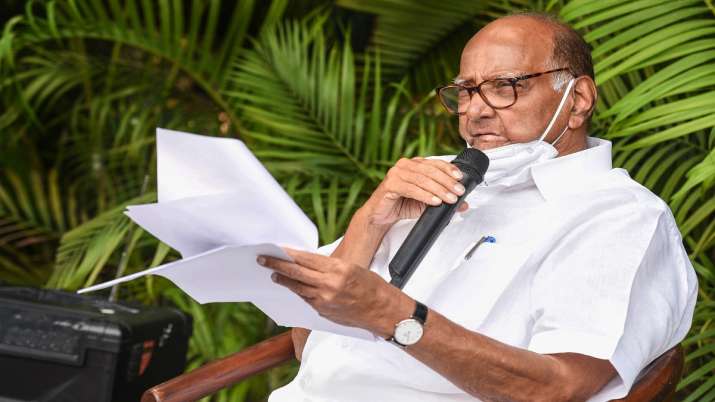 Nationalist Congress Party (NCP) president Sharad Pawar in a no-holds-bar interview spoke on a range of topics like differences in working style of Prime Minister Narendra Modi-former PM Manmohan Singh, to his ideologies on Mahatma Gandhi, Pandit Jawaharlal Nehru, and Yashwantrao Chavan. Speaking at an event organised by Marathi newspaper Loksatta Pawar praised PM Modi’s style of functioning, saying once he takes up any task, he makes sure it is completed.

Pawar said Modi takes a lot of efforts and gives ample time to get things done. “His temperament is such that once he takes up any task in hand, he will make sure that he will not stop till the time it (the task) reached its conclusion. He has a good hold on administration and that is his strong side,” said the Rajya Sabha member.

Pawar said if he had sent his party colleague Ajit Pawar to join hands with the BJP to form a government in Maharashtra after Assembly polls in 2019, then he would have ensured the dispensation stayed in power. “If I would have sent him (Ajit Pawar), then I would have made sure they would have (formed and ) continued the government,” he said.

Ajit Pawar had stunned political circles in the state by teaming up with Devendra Fadnavis in late 2019 to form a government, with the latter as CM, before it fell in a little over three days.

On ideologies of Gandhi, Nehru


Pawar said he never gave up the ideologies of Mahatma Gandhi, Pandit Jawaharlal Nehru and Yashwantrao Chavan even after parting ways with the Congress to form his own party. “My family followed some different ideology, it was more of Leftist ideology. I came to Pune in 1958 and the youth like me were driven by the ideologies of Gandhi, Nehru, and Chavan. We went to the bottom of that thought and adopted it and worked further,” he said.

“The Congress was the mainstay of that ideology and that is why never thought of going away from it. Never thought of doing something different. I had to take this decision (of forming NCP ) because the Congress had removed me from the party for six years,” he said.

“Even if we left the Congress and formed NCP, we never gave up the thoughts of Gandhi, Nehru and Chavan,” he stressed.

Punjab: Security on alert after Sikhs For Justice founder calls for...

#PowerOfTheCrown: Manika Sheokand and her journey to build a better tomorrow!...