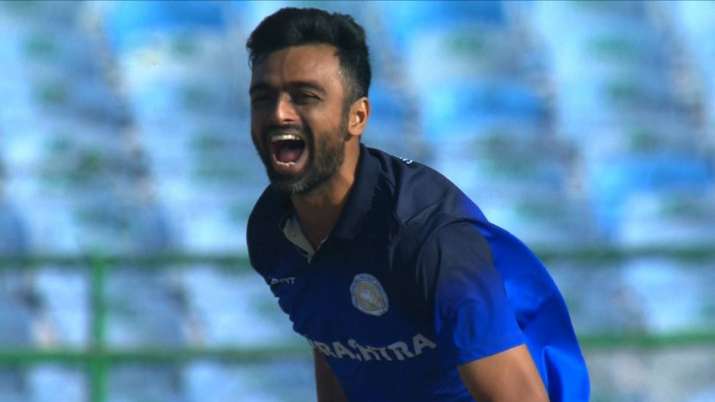 Confident Saurashtra face an equally boosted up Tamil Nadu while Himachal Pradesh might find an upper hand against Services when they face-off in the semifinals of the Vijay Hazare trophy here on Friday.

Both Saurashtra and TN made it to the last four in convincing fashion. While the southern outfit thrashed arch-rivals Karnataka by 151 runs, Saurashtra slayed Vidarbha by seven wickets.

Services, on the other hand, decimated Kerala to make it to the last four of the national ODI championship for the first time ever, while Rishi Dhawan-led Himachal notched up a five-wicket win over Uttar Pradesh the other day.

For Saurashtra, their biggest asset is the form of the middle-order comprising the experienced Sheldon Jackson, Prerak Mankad and Arpit Vasavada.


The trio can take any good attack apart on their day, including Tamil Nadu’s strong and varied one.

Mankad (339 runs) would take a lot of confidence from his unbeaten match-winning 77 in the quarter-final and would be keen to continue in the same vein.

The 35-year-old Jackson, who has 2,212 ‘List A’ runs, holds the key and his performance could eventually be the difference between the two sides.

However, Saurashtra openers Vishwaraj Jadeja and young Harvik Desai, would need to get runs under their belt and would be eyeing for a big knock in the crunch game.

Samarth Vyas and Chiraj Jani would also need to play their parts as Saurashtra are unlikely to change a winning combination.

Their formidable bowling attack, led by skipper Jaydev Unadkat, comprises young India seamer Chetan Sakriya and the duo can wreak havoc at the start and also at the death.

The spin duo of Dharmendrasinh Jadeja and leggie Yuvraj Chudasma also need to bowl well in tandem to stop marauding TN batters. Even Chiraj Jani and Mankad’s contribution with the ball will be handy.

For Syed Mushtaq Ali Trophy champions Tamil Nadu, the role of opener N Jagadeesan, who hit a superb hundred in the quarters, would be key and the start he provides with B Aparajith will have a say in the team’s fortunes.

Even the other batters including R Sai Kishore, who was promoted up the order, skipper Dinesh Karthik, the reliable Aparajith and Baba Indrajith can tear into Saurashtra’s bowling and given the form they have been in, a big score looks imminent.

Tamil Nadu has two other players, who can change the match’s complexion in a jiffy — the burly M Shahrukh Khan, who has been making headlines, and all-rounder Vijay Shankar.

Shahrukh Khan was in devastating mood against Karnataka and his blistering assault at the death pounded the bowlers into submission and he will look to make his presence felt again.

On the bowling front, TN’s troika of spinners — Sai Kishore, M Siddharth and Washington Sundar, on a comeback trail, can be more than a handful for the Saurashtra batters.

Pacers Sandeep Warrier and R Silambarasan have the ability to strike early, which the Saurashtra team would be wary of.

In the second semifinal, Himachal’s morale would have received a big boost after their convincing win over Uttar Pradesh.

For them, a lot would depend on how the last match’s hero and opener Prashant Chopra fares. Another important cog in their wheel is Nikhil Gangta.

But their middle-order, comprising the likes of Rishi Dhawan, Amit Kumar, Sumeet Verma and Akash Vasisth, needs to pull its weight for the team to make a match of it.

Pacer Vinay Galetiya, who wreaked havoc against UP, would be raring to go once again, but needs support from the likes of Dhawan, medium-pacers Siddharth Sharma, Pankaj Jaiswal and left-arm orthodox spinner Mayank Dagar.

For services, the experienced duo of opener Ravi Chauhan and skipper Rajat Paliwal hold the key. If Services have to set a target or chase a big score, then the two will have to make a significant contribution.

At Sawai Mansingh stadium: Himachal Pradesh vs Services (Match starts at 9 am).

At KL Saini ground: Tamil Nadu vs Saurashtra (Match starts at 9 am).