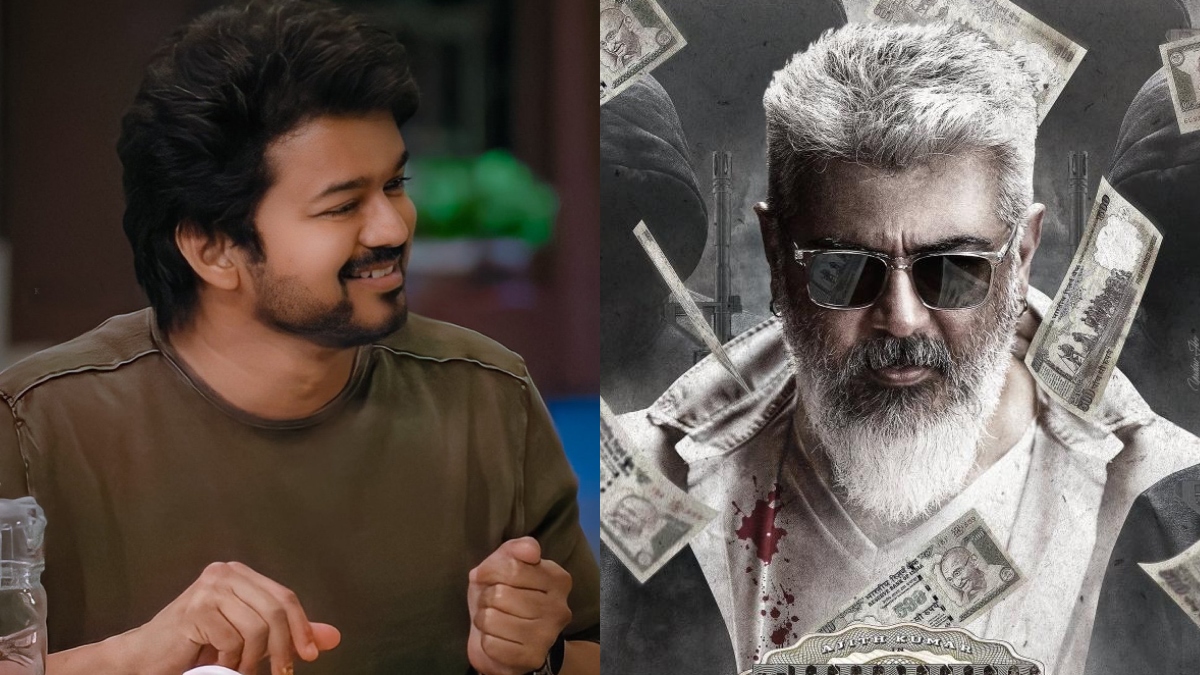 Varisu vs Thunivu Box Office Collections Day 9: Thalapathy Vijay and Ajith Kumar’s Tamil films opened to neck-to-neck competition at the ticket window. Despite the drop, Varisu managed to maintain a strong lead against Ajith starrer Thunivu. Seems like Ajith’s film will take some more time to enter the Rs 100 crore club, however, the Tamil action film, helmed by H Vinoth, is performing steadily at the ticket counters. Thunivu experienced a significant drop, as it managed to mint only Rs 2.50-3 crore at the box office, taking its total to Rs 97 crore, reported Sacnilk.

Thalapathy Vijay’s film is enjoying a great theatrical run. The film collected over Rs 210 crore worldwide in 7 days to complete its first week successfully and is still going strong at the box office. Now, the film is holding strong at the box office during the weekdays and is putting up decent numbers. On Day 10, Varisu reportedly earned Rs 4 crore India net for all languages. With this, the total collection reportedly stands at Rs 136 crore. Varisu had an overall 32.27% Tamil Occupancy on Friday, January 20. The film has been doing great business at the overseas market as well, especially in the UK.

Thunivu opened to a staggering figure of Rs 24 core on January 11. It instantly took lead over Varisu, however, in the coming days, the collections dropped a little. On the tenth day of its release, Ajith film reportedly minted Rs 3 crore taking the film’s total collection over Rs 97 crore. Thunivu had an overall 33.11% Tamil Occupancy on Friday, January 20. Film trade analyst Ramesh Bala shared that the film is doing profitable business both in India and overseas.

The highly anticipated family entertainer that features Thalapathy Vijay in the titular role, is helmed by the popular Telugu director Vamshi Paidipally. Also starring Rashmika Mandanna, Vijay starrer has won millions of hearts. Varisu is a story of a man who is the son of a business tycoon. He is forced to take over his father’s empire under some unfavorable circumstances. The film is jointly scripted by director Vamshi Paidipally, Hari, and Ashishor Solomon. Rashmika Mandanna appeared as the female lead opposite Vijay. Besides them, it also boasts a stellar supporting cast, including R Sarath Kumar, Prakash Raj, Jayasudha, Khushbu, Srikanth, Shaam, Yogi Babu, and Sangeetha Krish. Producer Dil Raju has backed the film under his banner of Sri Venkateswara Creations. S Thaman has composed music for the film.

In action-packed starrer Thunivu, Ajith’s look as the ‘boss man’ steals the show. He has taken people, hostage, at a bank. Police are seen trying to ascertain his identity. But it is a mystery that unfolds slowly. The movie packed with action, shows Ajith in a white beard and white hair. The action thriller has Ajith Kumar playing a slightly negative character, and he impressed the fans with it.

Manju Warrier, the Malayalam cinema star, essays the female lead, while Samuthirakani, John Kokken, Veeran, Ajay, and GM Sundar appear in crucial roles. Ghibran scored music for Ajith for the first time in Thunivu, while the cinematography is handled by Nirav Shah.

Sequels, superheroes, sci-fi and so much more: movies to look forward to in 2023