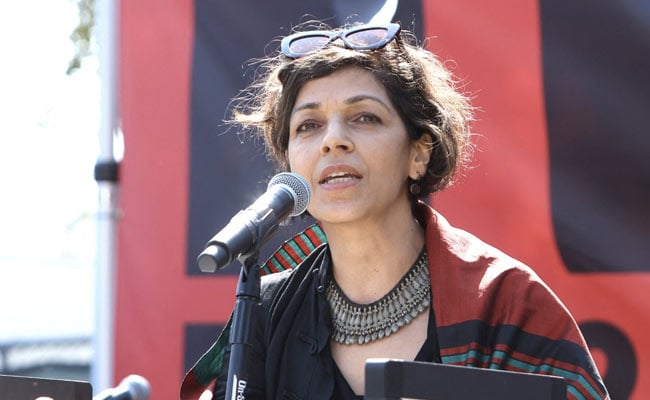 Rina Amiri, an Afghan-born US scholar, served at the State Department under ex-president Barack Obama

The United States on Wednesday appointed an envoy to defend the rights of Afghan women, stepping up efforts on a key priority as the Taliban ratchet up restrictions.

Rina Amiri, an Afghan-born US scholar and mediation expert who served at the State Department under former president Barack Obama, will take the role of special envoy for Afghan women, girls and human rights, Secretary of State Antony Blinken announced.

Months after the United States ended its 20-year war in Afghanistan, Blinken said that Amiri will address issues of “critical importance to me” and the rest of President Joe Biden’s administration.

“We desire a peaceful, stable and secure Afghanistan, where all Afghans can live and thrive in political, economic and social inclusivity,” Blinken said in a statement.

The Taliban imposed an ultra-austere brand of Islam on Afghanistan during their 1996-2001 regime toppled by a US invasion, including banning women from working and girls from education.

Despite Taliban pledges to act differently after their August takeover, many women remain barred from returning to work and girls are largely cut off from secondary schooling.

On Sunday, the Taliban said that women would not be allowed to travel long distances without a male escort.

Writing on Twitter shortly before her appointment, Amiri asked, “I wonder how those that rehabilitated the Taliban by reassuring the world that they had evolved explain the Taliban’s reinstatement of regressive and draconian policies against women.”

The Ministry for the Promotion of Virtue and Prevention of Vice earlier asked television channels to stop showing dramas and soap operas featuring women actors and, while not barring female television journalists, called on them to wear headscarves.

Groups of Afghan women have persisted in speaking out, including through sporadic public protests.

Amiri left Afghanistan as a child, with her family settling in California. She became outspoken about Afghans living under Taliban rule, especially women, while still a student as the September 11 attacks prompted the US war.

She went on to become an adviser to Richard Holbrooke, the storied US diplomat whose last assignment was on Afghanistan and Pakistan, and has also worked with the United Nations.

In a recent essay, Amiri called for “principled yet pragmatic diplomatic engagement” with the Taliban while continuing to hold off diplomatic recognition.

“The United States and Europe should also go beyond limiting engagement with the Taliban for the purposes of evacuating their citizens and allies and coordinating humanitarian access,” Amiri, now at New York University, wrote in Foreign Affairs in September.

“Humanitarian aid alone will not prevent the collapse of the economy or forestall further radicalization and instability.”

She said that regional players such as the Taliban’s historic ally Pakistan have not adequately included women’s rights in their calls on the Taliban to be more inclusive.

But she also doubted that Afghans, most of whom were born after the Taliban’s last regime, would accept a return to the previous treatment of women, saying that the country has “internalized the progress and cultural changes of the past 20 years.”

In a letter last month to Biden, all 24 women serving in the US Senate urged him to develop an “interagency plan” to support Afghan women’s rights.

“Lacking a legitimate Afghan government and military forces to protect them, women and girls are now suffering the predations of a Taliban regime with a track record of brutalizing, isolating and denying them life and liberty,” they wrote.

US policymakers frequently highlighted the treatment of women when then president George W. Bush ordered the invasion.

Biden was a longstanding critic of America’s longest war. In a fiery exchange with Holbrooke recounted in George Packer’s biography of the diplomat, the then vice president was quoted as shouting at him, “I am not sending my boy back there to risk his life on behalf of women’s rights!”