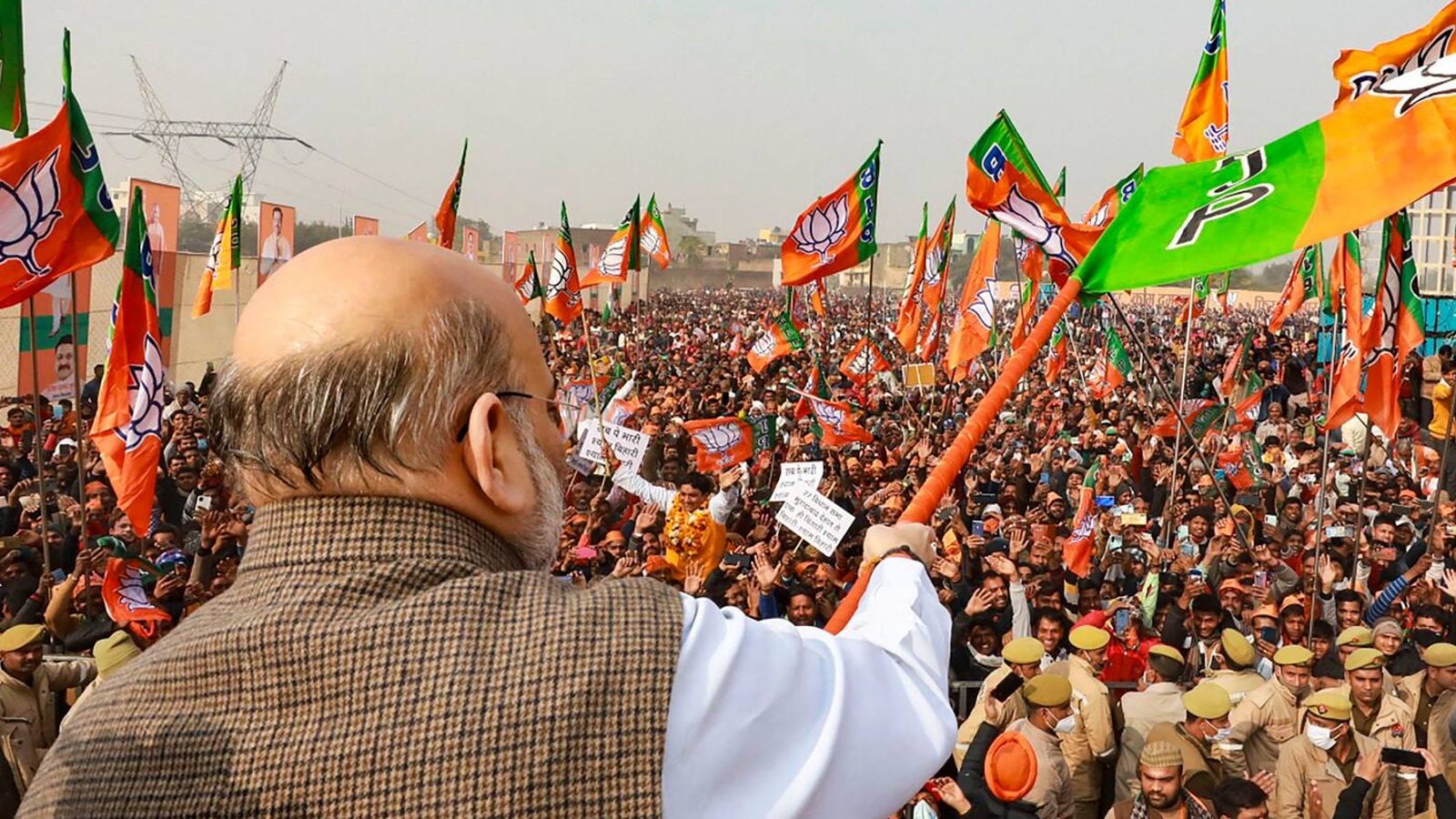 The BJP in Uttar Pradesh has started deliberations over how to conduct virtual rallies in the event of the Election Commission of India (ECI) banning large physical rallies in the state, sources in the BJP told News18.com.

The party is studying the ‘virtual rally’ model employed by it during the last two phases of the West Bengal elections and would bank on its existing wide “digital strength” in Uttar Pradesh to get the message across, a senior functionary in the party in Uttar Pradesh said.

An indication of the same came during the speech of Home Minister Amit Shah at a public meeting in UP on Thursday when he referred to Mayawati’s relative inaction in the election so far. “Mayawati ji, the elections are here. Step out a little, else don’t say later that we did not let you campaign,” Shah said at a rally on Thursday. He later arrived in Lucknow for long meetings during the night.

Ban on large rallies seems inevitable at some stage during the elections given the fast spread of Covid-19 due to the Omicron strain.

Chief Election Commissioner Sushil Chandra said in Lucknow on Thursday that decision on curtailing big political rallies will be taken according to the Covid graph and cognizance of the same will be taken while announcing the poll schedule.

BJP’s Punjab in-charge and Union Minister Gajendra Shekhawat two days ago had also said that the party is ready to do virtual rallies as it had done in the West Bengal election.

Shah is, meanwhile, in Ayodhya and Sant Kabir Nagar for public rallies on Friday with a roadshow later in Bareli.

A virtual campaign, however, may not work well for parties like BSP and the Congress whose digital presence in Uttar Pradesh is not that good. The Samajwadi Party had worked a lot on digital presence, but the party revels more in in-person connect, with Akhilesh Yadav’s ongoing yatra attracting huge crowds.

The announcement on election dates is expected next week as a postponement of elections seems unlikely.