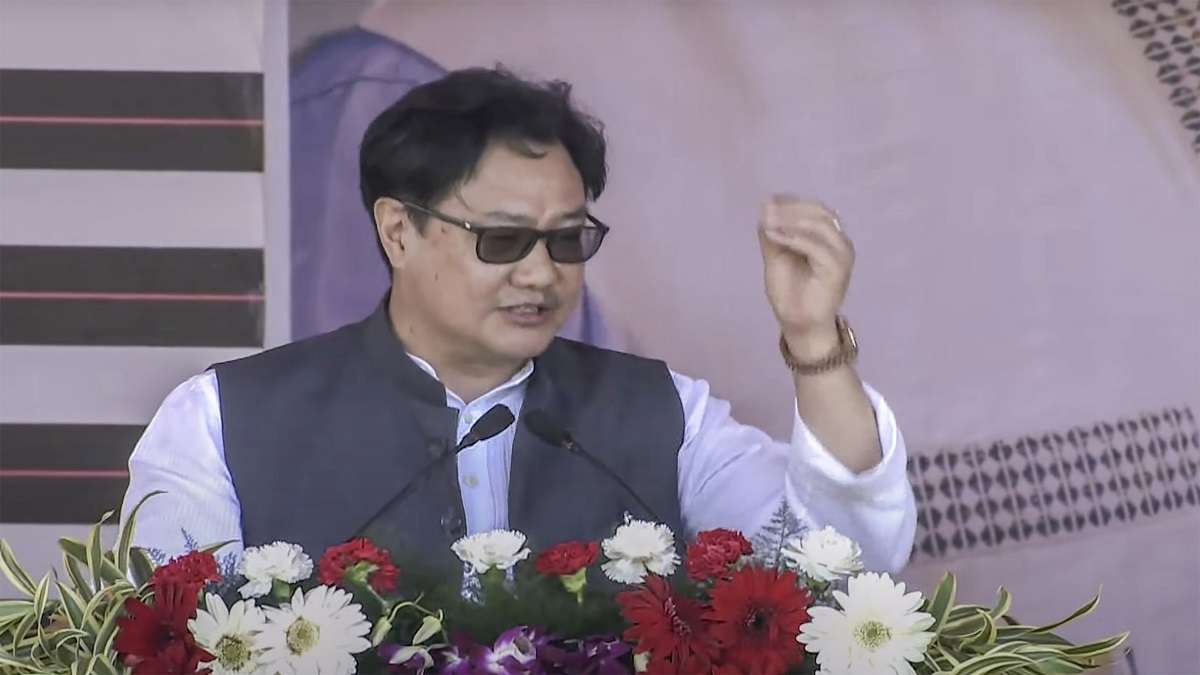 Centre vs Judiciary: Days after Union Law Minister Kiren Rijiju in a letter to the Chief Justice of India (CJI) Dhananjaya Y Chandrachud suggested the inclusion of Union government’s representatives in the SC collegium, the former on Sunday sought to support the views of a retired high court judge who said the Supreme Court “hijacked” the Constitution by deciding to appoint judges itself.

Rijiju shared the video of an interview of Justice RS Sodhi (retd), a former judge of the Delhi Court, saying it is the “voice of a judge” and that majority of people have similar “sane views”.

“… Whether you can amend the Constitution? Only Parliament will amend Constitution. But here I feel the Supreme Court for the first time ‘hijacked’ the Constitution. After ‘hijacking’ they (SC) said that we will appoint (judges) ourselves and the government will have no role in it,” Justice Sodhi said in Hindi.

“Real beauty of Indian Democracy is its success. People rule themselves through their representatives. Elected representatives represent the interests of the People  & make laws. Our Judiciary is independent and our Constitution is Supreme,” the minister tweeted.

Hours later, Rijiju tweeted again to say that all the three organs of the State – the Legislature, the Executive and the Judiciary – must work together in the larger interest of the nation.

The appointment of judges to the Supreme Court and the high courts has become a major flashpoint between the Executive and the Judiciary.

While Rijiju has described the collegium system to appoint judges as something “alien” to the Indian Constitution, Vice President Jagdeep Dhankhar has questioned the top court for striking down the National Judicial Appointments Commission Act (NJAC) and a related Constitutional amendment.

Also the chairman of Rajya Sabha, Dhankar had said a law passed by Parliament, which reflects the will of the people, was “undone” by the Supreme Court and “the world does not know of any such instance”.

By bringing the NJAC law, the government had sought to overturn the collegium system which came into being in 1992. The apex court has questioned the government for delay in clearing the appointments of Supreme Court and high court judges.

Last week, the Supreme Court collegium had for the second time reiterated the names of two advocates for appointment as judges of the Calcutta High Court “expeditiously”, saying it was not open for the government to repeatedly send back the same proposal.

ALSO READ | ‘Should not have happened’, SC on Law Minister Kiren Rijiju’s remarks on collegium