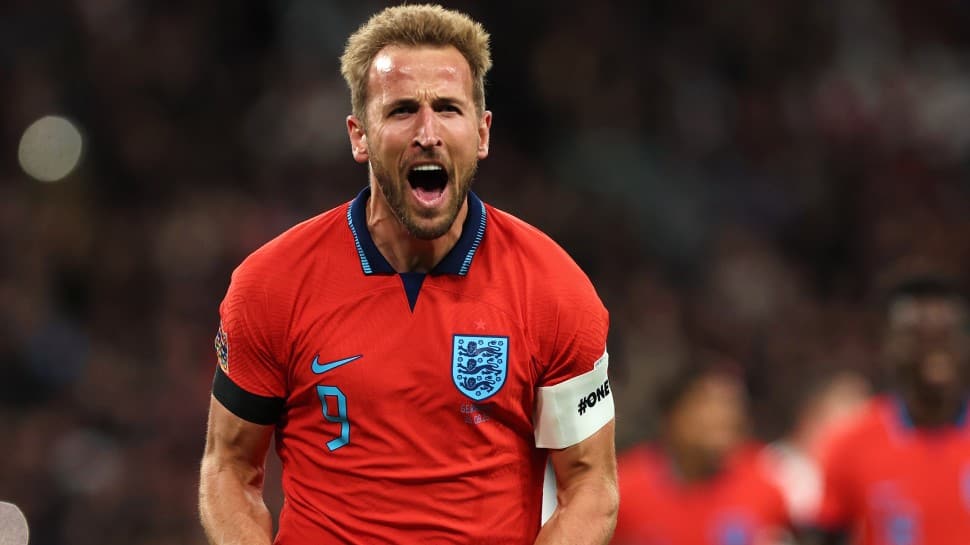 Part one of the healing process is complete for Italy. Looking to regain respect after failing to qualify for a second straight World Cup, the Azzurri advanced to next year’s finals tournament in the Nations League by winning at Hungary 2-0 thanks to goals by Giacomo Raspadori and Federico Dimarco on Monday (September 26).

By topping a group also containing England and Germany, the Italians joined the Netherlands and Croatia in qualifying for the final four, which will be hosted by the Dutch in June. Portugal or Spain will complete the lineup when they face off on Tuesday (September 27).

Unlike Italy, England and Germany will be going to the World Cup in Qatar in less than two months and they’ll head to the Middle East on the back of a wild 3-3 draw at Wembley Stadium, where all the goals were scored in the second half.

Trailing 2-0, England scored three goals in a 12-minute span from the 71st — through Luke Shaw, Mason Mount and Harry Kane’s penalty — only for Kai Havertz to pounce on a fumble by England goalkeeper Nick Pope to equalize in the 87th.

England’s winless run stretched to six games, with Gareth Southgate’s team finishing its Nations League campaign without a victory and relegated. Germany isn’t in much better shape ahead of the World Cup, with just one win in its last seven games.

Italy won Group A3 with 11 points, one more than Hungary, which went into the game in Budapest needing only a draw to reach the Nations League final four for the first time.

The Italians are finding it easier to qualify for Nations League finals than World Cups. They also got to the 2021 tournament, losing to Spain in the semifinals on home soil in their first few months as the reigning European champion.

Plenty has changed in the team since beating England in the European Championship final at Wembley last year, not least up front where Raspadori is making his mark. Three days after scoring the winner against England in Milan, the Napoli striker put Italy ahead after Adam Nagy’s back-pass came up short.

_ A six-goal second half thriller at Wembley! _

Wilfried Gnonto challenged goalkeeper Peter Gulacsi for the ball, which bounced free and Raspadori was alert to round Gulacsi and convert his finish in the 27th. Gianluigi Donnarumma produced a string of diving stops — including a triple save in a matter of seconds — before Nicolò Barella played a ball through at the other end to Bryan Cristante, who crossed for Dimarco to score from close range for his first goal for Italy.

Late pressure from Hungary failed to yield a goal. “We were excellent for 70 minutes, the last 20 I didn’t like too much,” Italy coach Roberto Mancini said. “We’re happy — it’s important to have reached the Nations League final four for the second time.”

Under pressure for his starting place in England’s team, Harry Maguire didn’t help his cause against Germany. The Manchester United center back was at fault for Germany’s 52nd-minute opener from the spot by Ilkay Gundogan — Maguire initially gave the ball away to Jamal Musiala, then clumsily fouled the teenager in the area moments later — and was then dispossessed in midfield to allow the Germans to break, culminating in a curling finish from the edge of the area by Havertz.

Maguire has lost his starting spot at United but Southgate has retained his faith in the defender, who typically plays better for his country than his club. It was a tough night all around for England’s center backs, with John Stones forced off with a suspected hamstring injury. England did well to fight back, with Kane’s penalty taking him to 51 goals for England, two off Wayne Rooney’s national record, but yet another mistake proved costly.