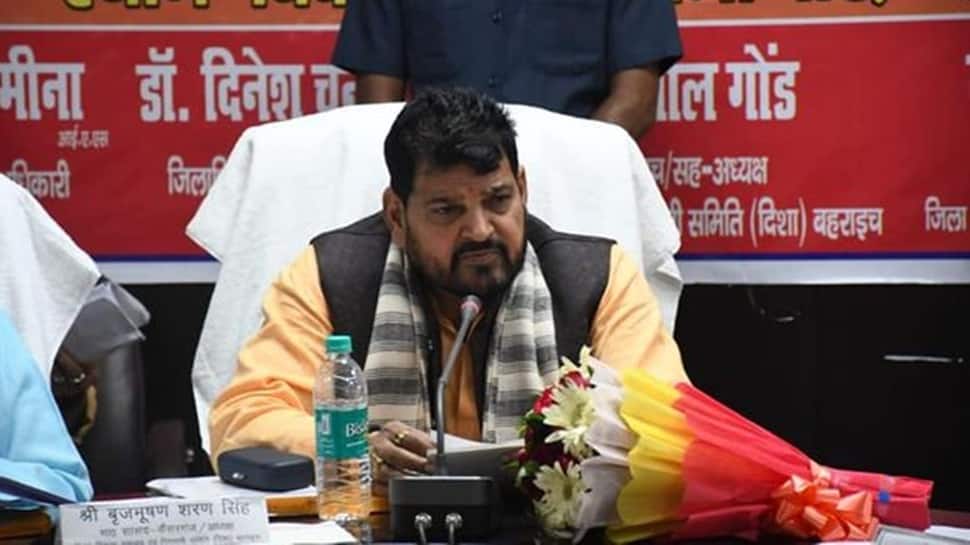 The president of the Wrestling Federation of India and BJP MP Brij Bhushan Sharan Singh today refused to resign amid the ongoing controversies and allegations of sexual harassment. Singh said that he is an elected president and is not occupying the post due to someone’s mercy. For the past few days, several wrestling medalists of the country, who have been protesting at Delhi’s Jantar Mantar, have made serious allegations against Brij Bhushan Sharan Singh and several coaches. These include allegations of sexual harassment.

Wrestlers like Olympic medalist Sakshi Malik, Bajrang Punia and Commonwealth Games medalist Vinesh Phogat are demanding the dissolution of the wrestling federation and the resignation of Singh. The protesting athletes have met Sports Minister Anurag Thakur. According to media reports, reacting to some athletes’ statements that if they will open their mouths, an earthquake may come, Brij Bhushan Sharan Singh said that if he will open his mouth, a tsunami will come.

Singh also termed the protest in Delhi’s Jantar Mantar an attack on BJP and orchestrated by the Congress party.

Earlier speaking to a TV channel, he had said, “The protesting players have become a toy in the hands of Congress and Deepinder Hooda. This type of conspiracy was done against me by Congress almost three decades ago. Once again the conspiracy has been repeated.

“I had earlier said that there was a conspiracy, and big powers are behind it. Now those forces are coming out in the open.”

He added, “The picture becomes more clear with the tweets and statements by Congress general secretary Priyanka Gandhi Vadra and Deepinder Hooda. This attack is not only on me, but on the Bharatiya Janata Party through me,” Singh had said.

In Gurgaon’s High-Rise Collapse That Killed 2, Grave New Charges By...