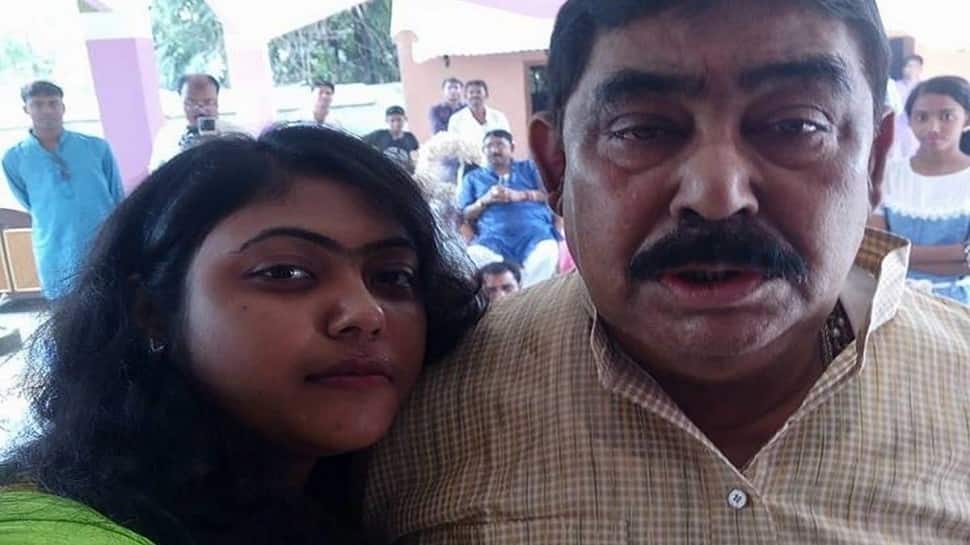 The CBI sent a notice to Anubrata Mondal’s Nichupatti house in a cow smuggling case again. This time, a letter was given to the daughter of Birbhum Trinamool district president and Mamata Banerjee’s ‘BAHUBALI’ leader, Anubrata. According to sources, the notice was sent related to Sukanya Mondal’s business and her company. This document was sought earlier too. But sources claim that Sukanya Mondal did not submit it to the CBI. In this context, notice was given to Sukanya this morning. According to CBI sources, documents have been sought to know the source of money in Sukanya’s business. On the other hand, the cook of Anubrata’s house was summoned to the CBI’s temporary camp in Bolpur on Friday. He went to the CBI camp around 10:30 am.

A CBI team left the Bolpur camp office around 7:30 am today. From there, they reached straight to the house of Anubrata in the Neechupatti area. They went there and gave notice to Anubrata’s daughter, Sukanya Mandal. According to CBI sources, Anubrata’s daughter has been served notice under section 91 of the CrPC. All documents have been sought from her.

On Thursday, the special CBI court rejected the bail of Anubrata, who was arrested in the cow smuggling case. For now, Mamata Banerjee’s ‘BAHUBALI’ leader will remain in Asansol Jail till Durga Puja. Earlier, Anubrata’s daughter Sukanya had been questioned several times regarding the source of her property. However, according to sources, she answered most of the questions of the officials of the investigating agency with ‘yes’ or ‘no’. When Sukanya was questioned about the documents related to ‘Bhole Bom Rice Mill’, she said that she did not have any information about it. Their accountant, Manish Kothari, can give this information.

The CBI claimed that the ‘Bhole Bom Rice Mill’ in Bolpur was bought for around Rs 5 crore. Sukanya and Anubrata are the directors of that rice mill. Sukanya is a primary school teacher. Investigators are curious about how this business was done with that salary. Apart from this, the CBI claims that information of fixed deposits worth crores of rupees has been found in several banks in the name of Sukanya. According to CBI sources, a notice was sent to Sukanya after getting out all this information.