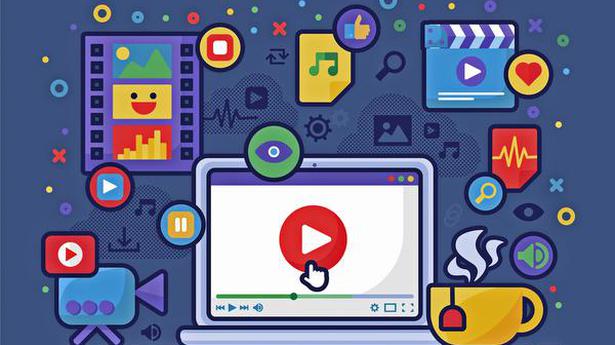 As the holiday season sees us binging more content on OTTs, we break down how omnipresent algorithms keep us watching more

Just finished watching Petta on Netflix? Your next recommendations could include Annaatthe or even Master. Or if you have binged Hawkeye, you may be offered up the choice to watch The New Mutants. And we cannot help but think ‘there goes the algorithm at work!’

Also read | Get ‘First Day First Show’, our weekly newsletter from the world of cinema, in your inbox. You can subscribe for free here

These omnipresent invisible messengers have found their way into our daily vernacular, but what exactly are they? Just as the lifeblood of cinema halls has been ticket sales, so have been algorithms for streaming services or OTT (over-the-top) platforms.

What are the ‘new algorithms’?

Not a new technology by any means, algorithms date back to the 1970s with early bit-screen computer models. But Big Tech and the content explosion of the 2010s have paved the way for the ‘new algorithms’.

Technically, in the space of OTTs, algorithms comprise actions and calculations to automate a search or offer recommendations. Companies like Netflix, Amazon Prime Video, Disney+Hotstar and SonyLIV all leverage three kinds of algorithms: content-based, knowledge-based and collaborative filtering that tend to work simultaneously but in different ways at a given time.

For example, if you are new to Amazon Prime Video, the system will typically put its knowledge-based algorithm to work before a content-based one steps in; the former learns your patterns while the latter feeds said user with suggestions, based on the typical Machine Learning models of personalisation, search patterns, ratings and basic similarities.

Best for processing large amounts of data, algorithms are hardly a new feature given most streaming services’ libraries have thousands of titles but weaving through them to find the right one can take ages. So, algorithms exist to cut down on that exhaustive time to keep the consumer engaged with the content for the maximum time.

The most transparent, proactive and well-known streaming algorithms belong to Netflix. If you have used this OTT for a considerable amount of time, you can scroll through your profile’s Home Screen and you may find the most specific genres; as well as your typical umbrella genres, you may see content bars such as ‘dark comedies led by a stronge female lead’ or ‘South Korean romantic comedies based on graphic novels’.

But if you share an account with a family member and they have a separate profile, their algorithm will respond differently to them; for example, if they have watched a lot of horror movies but also appreciate world cinema, they may be offered a content bar ‘horror movies inspired by Japanese literature.’

These niche groups are content-based algorithms at work; Netflix’s Artificial Intelligence (AI) has learned what titles you have gravitated to and has created sets of films or shows with similar metadata. Just as titles are added to or taken away from a platform, the behaviour of algorithms also evolves.

Algorithms also adjust to various geolocations depending on a certain territory’s licensed content. On July 9, 2021, Black Widow released in theatres and on Disney+ for users with premier access. So, if you were in New York City in July and happened to be winding up a season of WandaVision, Disney+’s algorithm would suggest Black Widow. But since premier access is not available in India, the algorithm adjusts accordingly, suggesting a similar title that exists for the territory.

Academy Award-winning filmmaker Martin Scorcese wrote in essay ‘Il Maestro’ in Harper’s Magazine this year. While he acknowledges the positive impact of OTTs, he points out his concern with the inevitable feedback dynamics, “[Movie-watching at home on streaming platforms] has created a situation in which everything is presented to the viewer on a level playing field, which sounds democratic but isn’t. If further viewing is ‘suggested’ by algorithms based on what you’ve already seen, and the suggestions are based only on subject matter or genre, then what does that do to the art of cinema?”

Scorcese is not wrong. Algorithms have quietly sabotaged the wonder of theatre halls. They have limited our choices, to the point of even thinking there is nothing new on a platform because a sense of democracy has been funneled. What if you never considered Korean content to be up your alley, because the algorithms of Netflix or Amazon Prime Video were never ‘inspired’ to lead you down that road?

An example of taking back some sovereignty comes in the form of Netflix’s Play Something, a feature released earlier this year that sees a short reel of a given film or television show generated by the algorithm in the event that you are not sure of what you want to watch. While this may sound rather invasive, the company released the feature globally only after nearly a year of testing it to ensure “the feature still leaves the final decision up to the user – you can always opt in or out.” as confirmed by Cameron Johnson, Netflix’s Director of Product — TV & Kids, in a previous interview with The Hindu. You can even deactivate this feature altogether.

Some OTTs predicted this conundrum and have opted for a more human approach, while still adding to their business models. HBO Max, while not available in India, has another remarkable hybrid algorithm setup; to stay on brand with its original traditional television brand, the OTT works with actors and filmmakers such as Gal Gadot or director Adam Wingard to curate watch lists, based on a project they may be promoting. Perhaps we may see this down the line with other OTTs such as Apple TV+, Disney+ or Amazon Prime.

Algorithms are here to stay and they are everywhere, breaking the boundaries of our formerly-finite schedules and dismantling what we knew of traditional television – whether it is your Gmail suggesting how you can complete an email, your Instagram feed throwing up ads for a trendy new workout machine that you had been Googling earlier that day, or what new series you should watch next. At least now you know a little more about how they work.

Style lessons to learn from Nayanthara