It was 2013, and he had embarked on an exciting new relationship with Chisako Kakehi, a 67-year-old widow he met through a Japanese matchmaking agency.

Within two months, the couple married, moved in together, and began a seemingly blissful life in Kyoto’s Muko City, making rice cakes for their New Year’s celebrations.

But Isao Kakehi didn’t live to see in the new year.

On December 28, he became the fourth and final victim of Japan’s “Black Widow” killer.

Chisako Kakehi, now 74, is on death row for murdering three romantic partners and the attempted murder of a fourth.

The murders started in 2007, when she was 61, but she escaped suspicion until Isao Kakehi’s death prompted a police investigation that resulted in her arrest in 2014.

In 2017, she was sentenced to death after one of Japan’s longest trials. An appeal to overturn the ruling failed this June.

“She used a matchmaking agency to get acquainted with elderly victims one after another and poisoned them after making them trust her,” said the judge in the June ruling, according to public broadcaster NHK.

“It is a ruthless crime based on a planned and strong murderous intention.”

And it has also caused the country to question why a woman in her sunset years would start killing the men she purported to love.

For a woman who has become infamous in Japan, little is known publicly about Chisako Kakehi’s personal life.

Born in Japan’s southwestern Saga prefecture, Kakehi worked at a printing factory, and married her first husband in 1969, when she was 23, according to CNN affiliate Asahi News.
Their marriage lasted 25 years before his death of an illness in 1994.

By 2007, she had entered into a relationship with 78-year-old Toshiaki Suehiro.

On the afternoon of December 18, 2007, Kakehi had lunch with Suehiro and his children. Suehiro took health supplements — making it easy for Kakehi to disguise a cyanide capsule as one of his pills and give it to him, said the ruling.

Less than 15 minutes after lunch, Suehiro collapsed unconscious on the street. By the time an ambulance arrived, he was gasping and “on the verge of stopping breathing,” said the court ruling.

Kakehi accompanied Suehiro to the hospital — but gave herself a pseudonym, “Hiraoka,” when talking to the ambulance staff and Suehiro’s family. At the hospital, doctors found he was close to death after suffering from internal asphyxiation.

Suehiro survived — the only one of Kakehi’s four victims to do so — but he was left with “incurable higher dysfunction and visual impairment,” said the court ruling. He died a year and a half later of an unrelated illness, according to Asahi News.

A few years later, Kakehi was eying her next victim.

Masanori Honda was in good shape for his 71 years.

By 2011, his diabetes had subsided to a “mild status” and he often frequented sports clubs, said the ruling.

He was also diving headfirst into a relationship with Kakehi.

Though it’s unclear how they met or how long they dated, the couple told friends later that year they planned to marry.

The following spring, Kakehi made her move.

On March 9, 2012, she met Honda at a store, then the two went their separate ways. Around 5 p.m. that day, he lost consciousness while riding a motorcycle. Less than two hours later in hospital, doctors confirmed his death.

Evidence later showed that Kakehi had no plans to live out her years with Honda. Two months before his death, in January 2012, she had already begun secretly dating other men through a dating agency.

The cancer survivor and the final victim

Minoru Hioki struggled with loneliness and a relapse of lung cancer in his later years. But by July 2013, life was looking up: his cancer had been almost completely treated by radiation therapy and “he was in great health,” said the ruling.

To top it off, the 75-year-old had a new romantic interest.

By August 2013, Hioki appeared devoted to Kakehi, writing to her in an email that he wanted to “stay together forever.” They were close, often eating together and spending the night in each other’s homes, said the ruling.

Their idyllic romance came to an end on September 20 when the couple went out for dinner.

Hioki, like Kakehi’s second husband Suehiro, often took health supplements in pill form — so it was easy for her to give him a cyanide pill “under the guise of health food,” said the ruling. They had just finished their meal when Hioki lost consciousness. By the time an ambulance arrived, he was “breathing painfully and gasping,” according to the ruling.

Despite knowing he had children and had recovered from his cancer, Kakehi lied to the ambulance crew, claiming he had no family and was suffering terminal lung cancer. When they offered the resuscitation procedure, she refused permission to resuscitate him. He died within two hours.

Kakehi only seemed to get bolder in accumulating relationships and victims. In November 2013, just two months after Hioki’s death, she had already married her next and final target — Isao Kakehi. And barely a month after their wedding, she began dating another man in secret, according to the ruling.

But Isao Kakehi was none the wiser, and seemed renewed with enthusiasm for life. In email exchanges and messages, he told his new wife he wanted to “do their best to enjoy a bright second life and live long.”

Within weeks of their marriage, the newlywed suffered a cardiopulmonary arrest shortly after eating dinner at home with his new wife. She called the ambulance, which rushed him to the hospital — but he died just an hour later.

His death roused suspicion about Kakehi’s string of unlucky lovers, prompting a police investigation that quickly unraveled her web of deceit.

Autopsies are rare in Japan, and are typically only performed when there is suspicion of foul play — which may be why the deaths of her former partners went largely unnoticed at the time.

But Isao Kakehi’s death was considered suspicious enough to warrant an autopsy, which revealed lethal amounts of cyanide ions in his heart, blood and stomach, as well as erosion in his stomach.

Days after his death, authorities found health supplement pills and empty capsules in Kakehi’s apartment — suggesting that she had emptied the health supplements and refilled them with cyanide that had been ground to a powder.

In August 2014, investigators discovered their smoking gun in Isao Kakehi’s apartment. Buried in a pot plant his wife had thrown out was a plastic bag containing traces of cyanide.

The color of the bag and its contents suggested the cyanide had been buried for several months — and the same type of plastic zipper storage bag was found in Kakehi’s apartment. Kakehi had obtained the cyanide from her job at the printing factory, the ruling said.

Police also believed Kakehi was linked to the killings of four other men, on top of the four she was charged with — but prosecutors ultimately decided against indicting her for those due to insufficient evidence, according to NHK.

In it for the money

The four men lived in different cities, worked different jobs and had no connection to each other — except for one thing: they all had considerable savings and assets.

This, combined with their late age and single status, made them perfect targets.

The first of the four poisonings was driven by debt: Kakehi owed Suehiro 48 million yen (about $437,000), said the ruling.

Kakehi “thought she would kill (him) and avoid the repayment.”

Two months after Suehiro’s death in February 2008, Kakehi wrote a letter to his children saying she had paid back the money using “the inheritance of another man,” according to the ruling.

The letter shocked Suehiro’s children, who had not been aware of their father’s lending and knew little about Kakehi. They hadn’t even known her name. When they tried to ask her more, she “left silently,” said the ruling — leaving them with no answers about their father’s collapse or his mysterious companion.

It’s not clear what Kakehi’s financial situation was at the time and whether she had savings of her own. But by her fourth victim’s death, she had taken so much money from her victims that her motive could no longer be explained by need or desperation, said the ruling — she was blatantly “disregarding human life for her own financial desire.”

Japan has a second Black Widow killer: Kanae Kijima, 46, who is also on death row for killing three men she met on dating websites in 2009, and making it look like suicide in each case. She, too, had been motivated by money, according to Asahi.

Kakehi and Kijima are on the deadly far end of the spectrum of “love scams” — a type of financial fraud that relies on forming a romantic relationship with the victim. Most don’t end in poisonings or murder, with perpetrators often vanishing once their victims have emptied their wallets.

More than 32 million users are registered on the country’s top 10 dating apps, and around 600 dating and marriage consultancies — like the one Kakehi used — are registered nationwide, according to the Japan Life Design Counselor Association, which grants certification to companies that follow its operating standards.

The Japanese Counseling Organization for Personality Disorder and Marriage Fraud, a Tokyo-based support group for victims of fraud, says it sees about 100 cases of love scams every year.

Victims are often found through marriage consulting companies, which are used to find a serious partner for marriage, the spokesperson said. Victims tend to be lonely divorcees or widows with no family, or family that live far away — and who may have revealed large salaries or financial assets on their profiles, the spokesperson added.

Scammers often ask their victims for expensive birthday presents and other financial demands until their victims have no money left to give. Sometimes, victims are forced to borrow from loan sharks to provide for their fake lovers, the spokesperson said.

It’s unclear why Kakehi kept killing men she met through dating agencies even after amassing a fortune of millions of dollars.

The court concluded in its ruling that Kakehi had “taken advantage” of her victims’ trust and their hope for a future together, to carry out the killings. Though she confessed to the crimes, she offered little apology to the victims’ families — showing a lack of “sincere self-reflection,” said the ruling.

But her defense team saw it differently. They based their appeal on inconsistencies in her testimony, pointing to her confession and its subsequent retraction as evidence of dementia and coercion.

Ultimately, her team lost the appeal, and her death sentence was upheld. No date has been released for Kakehi’s execution. Under the law, inmates must be executed within six months of their sentencing hearing — but experts say this rarely happens due to protracted appeal attempts, and many end up waiting years.

It’s not clear whether Kakehi’s lawyers, who declined to comment for this report, plan to file for a retrial, the only avenue to save her life.

Kakehi has offered few public statements and has rarely spoken to the media.

Her court testimony paints a contradictory image of a woman who vacillated between protesting her innocence and bluntly admitting her crimes. At times during the trial, she appeared confused and tired. Her hair has turned white in the years since her 2014 arrest, and her hearing has deteriorated.

With the dementia claims that shroud her testimonies, and the additional alleged murders she was never indicted on, we may never know what truly happened — or what drove her to begin murdering her lovers toward the end of her life.

In a 2019 interview with local newspaper Yomiuri News, Kakehi expressed resignation and occasional clarity about the fate that awaits her.

“Even if you reflect on it, your sins will not go away,” she said. “It will not reach the dead.”

Seiji Tobari contributed to this report. 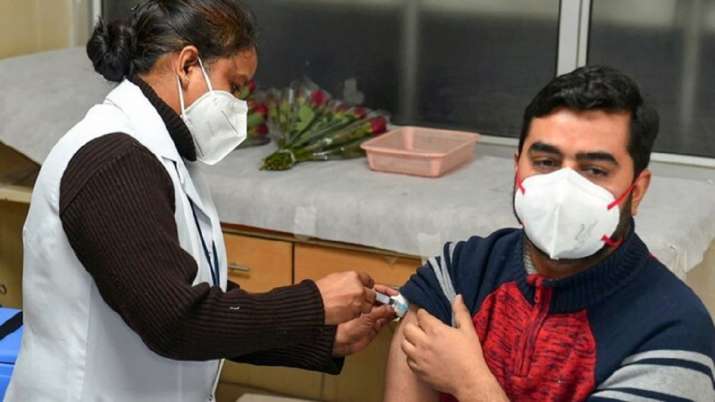 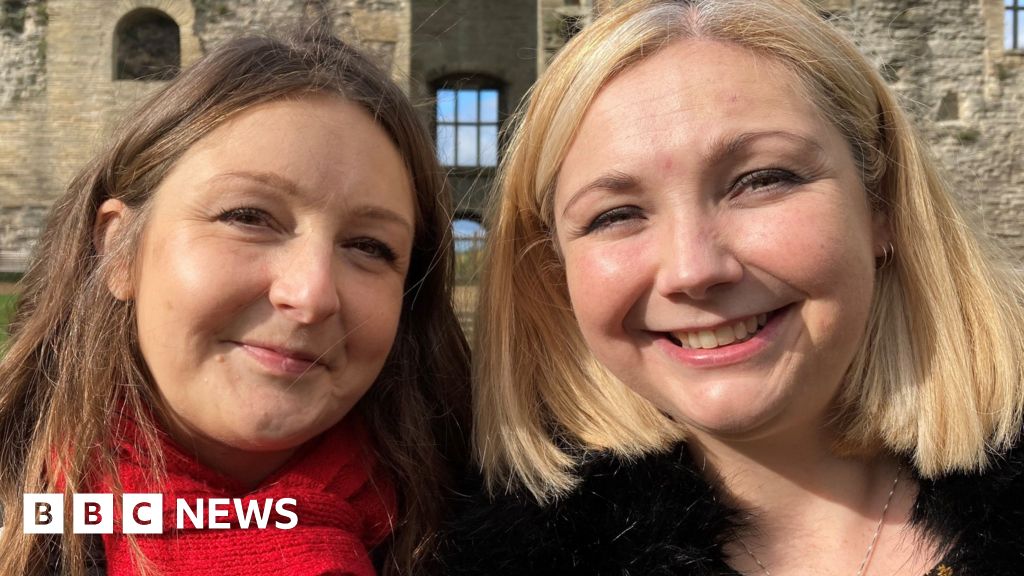