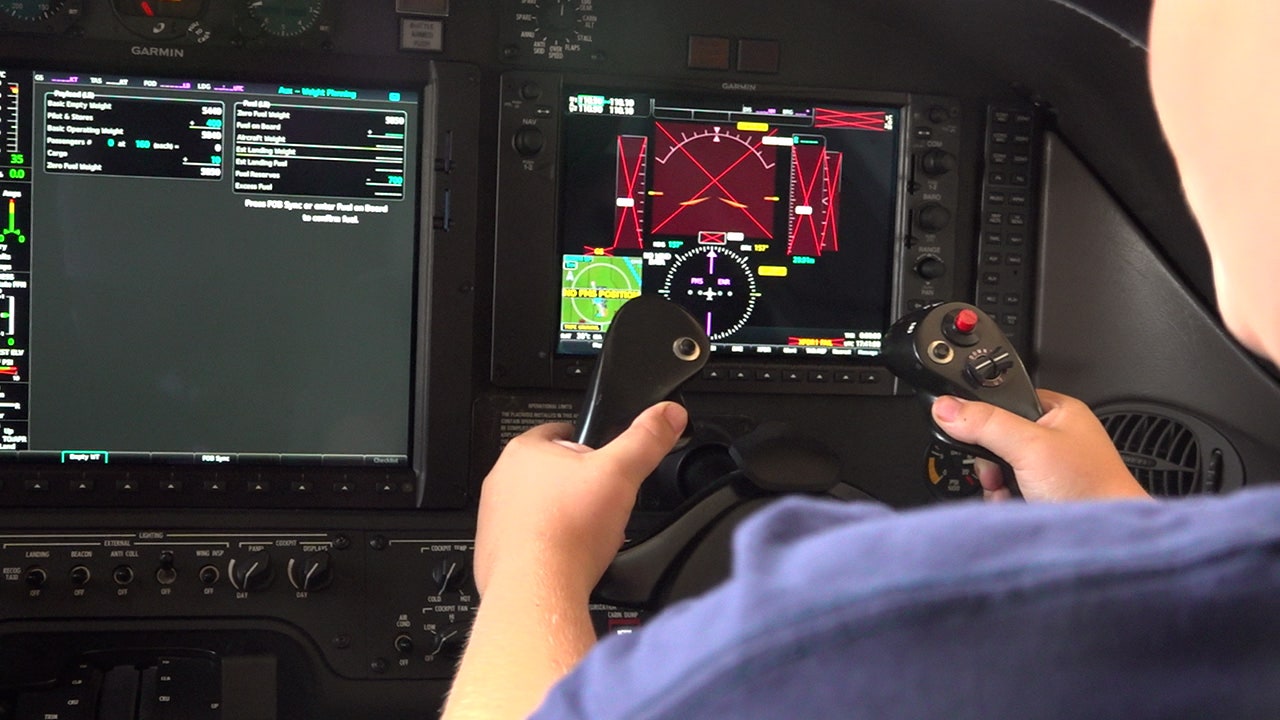 Several airlines are struggling with staffing shortages, which could make flights this summer more expensive. Raising Aviation High School in Addison, Texas, could help with the pilot shortage.

ADDISON, Texas – Several airlines are struggling with staffing shortages, which could make flights this summer more expensive. But a high school in Texas is working to help ease the problem in the future.

Ornstein said the pilot shortage arose because many pilots retired during the COVID-19 pandemic, and fewer new pilots have entered the workforce. He also cited more restrictions and requirements to gain a pilot certificate as a contributing factor.

“The cost of becoming a pilot has become so great, because you need so many more hours,” Ornstein said. “It’s really limited the ability for anyone who is not a very wealthy person to become a pilot.”

“Students come just like any high school. They show up at 9 a.m. and they’re here for the day. In addition, we have flight training built into the day,” Fitzgerald said.

The school has just completed its first year and has more than tripled enrollment for the upcoming fall, thanks to summer camps where teens can dive into their aviation passions.

Fitzgerald added that as camps continue over the summer and fall, the school’s student population will continue to grow.

“Last year, on our first day, we had two students,” Fitzgerald said. “That grew to about eight total students for the year. Now, we’re already looking at 25 to 30 students.”

“You’re literally going to high school in an airport,” Aluko said. “Who wouldn’t want to do that?”

Fitzgerald said the opportunities for students are not limited to flying planes. Students could take advantage of all learning opportunities at the Addison airport.

“We think there’s a huge benefit to being located on the airport,” Fitzgerald said. “Students can accomplish their flight training, or they may go down the street or across the other side of the airport to work on an internship at a maintenance facility, for example.”

Mesa Airline’s CEO also suggested raising the pilot retirement age and allowing pilots certified in other countries to sub for pilots in the U.S. until the pilot shortage issue is less severe.

gst on diary products and machinery

The Week in Business: Spending More, Getting Less

Stocks to Watch Today: RIL, Future Retail, Cipla, and Others