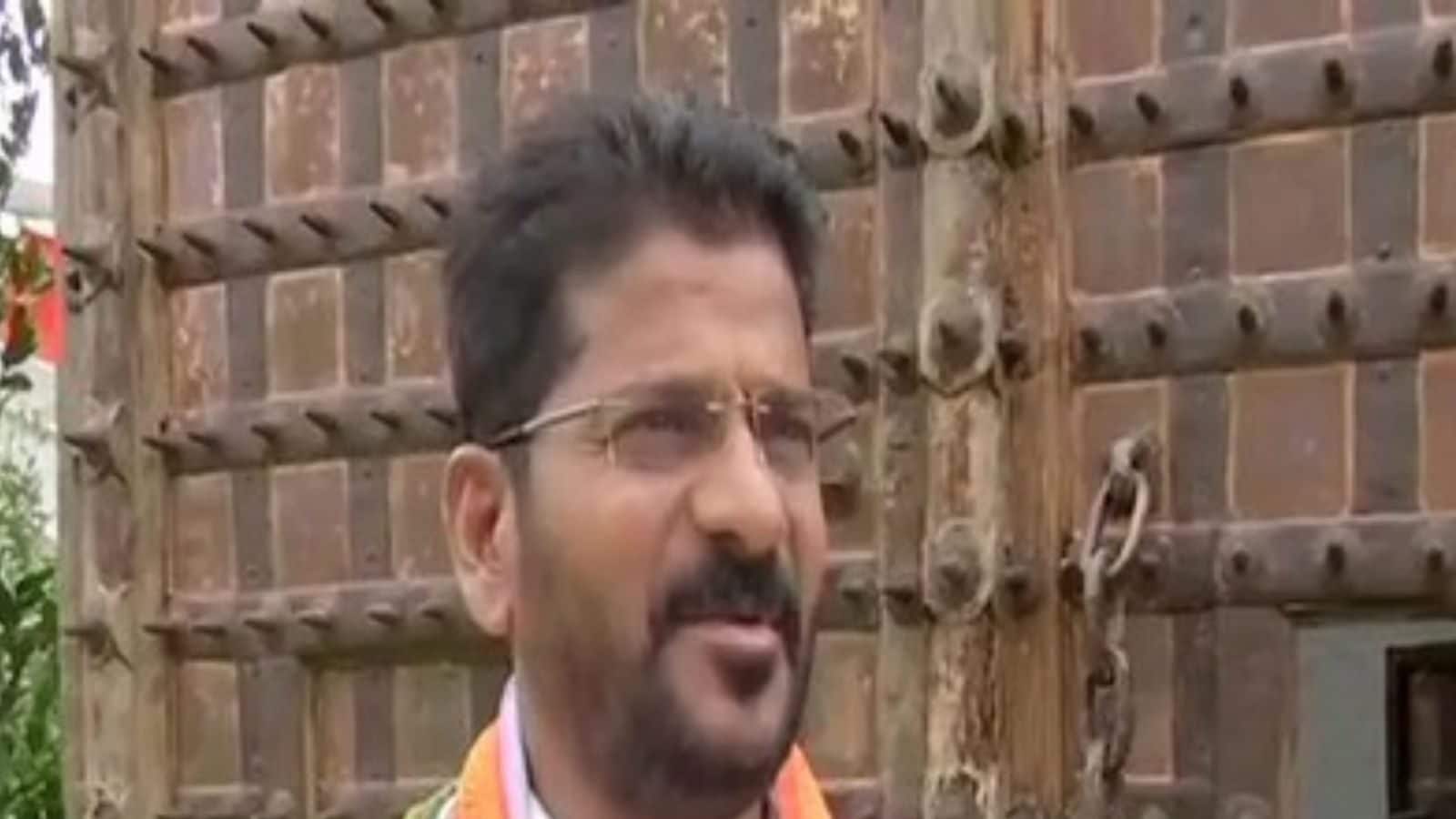 With Opposition parties on Monday staged protests against the TRS Government over jobs and paddy procurement, the Telangana government hit out at the opposition for ‘false claims’ and took a dig at the BJP on job creation.

While the BJP leaders staged protests at the party Office on jobs, Telangana Pradesh Congress Committee (TPCC) chief Revanth Reddy was arrested by police at his residence in Jubilee hills. Tension prevailed as congress leader fell down while the police jostled with the congress leaders.

Police prevented Revanth and team from moving in a protest rally to conduct ‘Rachhabanda’ on paddy cultivation at Erravalli farmhouse of Chief Minister K Chandrashekar Rao. Revanth alleged that KCR cultivated paddy by asking farmers to grow other crops and asked why they were stopped and asked whether Erravalli is a prohibited area.

“Despite police stop I will conduct Rachhabanda at Erravalli,” he said and accused the TRS and BJP leaders of hand in glove on paddy and jobs issues.

BJP state President Sanjay with state affairs incharge Tarun Chug and other leaders staged a protest for jobs at the party office after the police denied permission to mass protests at Indira Park. The BJP held the ‘jobs protest’ and warned that they will storm Assembly by laying a seize if the government failed to issue jobs notification in January.

Our three MLAs terming them RRR (Raja Singh, Raghunandan Rao and Rajender) will stall the Assembly session and demand for solutions to jobs, daddy and other issues. He took a swipe that the TRS Government is afraid of the BJP leaders and issued an overnight order to ban rallies and protests.

“We will demand the government to fill up the jobs and take steps to address farmers issues of paddy purchase,” he said. The BJP chief also hit out at the state government for failing to stop suicides by farmers and youths. Sanjay said that 600 farmers ended their lives due to failure policies of the state government.

The BJP leader also slammed the government for not giving jobs notification to fill up Group 1 posts and DSC to recruit teachers. He accused the KCR Government of removing 12000 Vidya volunteers, 7000 field assistants and 600 mission bhagiratha workers.

“Our MLAs with party leaders will not prevent the TRS leaders and seek clarity on the same. If jobs notification is not issued in January, the BJP will intensify protests by laying a seize to assembly and our MLAs will stall it’s proceedings”, he warned.

Reacting strongly against the protests by the opposition, State Ministers Harish, Niranjan Reddy and Srinivas Yadav slammed them separately for spreading hatred and falsehood. The centre failed to fill up 8 lakh jobs as PM Modi promised to fill up 2 crore jobs a year and sought white paper on jobs filled by the centre. The minister also attacked the BJP government at centre for cheating farmers and youth.

They hit out at the BJP leaders for misleading farmers on paddy procurement claiming that Union Ministers Piyush Goyal and G Kishan Reddy talk differently on the same issue.