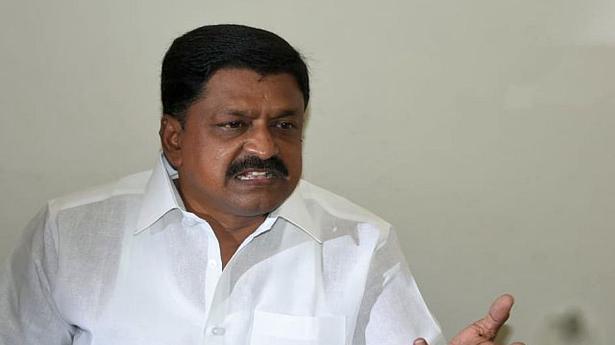 He asked why the Centre has not initiated any action on the diversion of funds in 15 centrally-sponsored schemes,

At a press conference here on Tuesday, Mr. Keshav called upon the BJP leader Prakash Javadekar, who is attending a ‘Praja Agraha Sabha’ to ask his partymen to not behave like the ‘YSRCP cadre’ and oppose the criminal cases being filed against the Opposition leaders. Mr. Keshav also asked the Centre to enquire the Y.S. Jagan Mohan Reddy government over the ‘re-branding’ of central schemes like housing. “While ₹1.5 lakh is given under PM Awas Yojana, ₹30,000 comes from the MNREGS and it is being implemented as ‘Jagnannna’ housing scheme without investing even a single rupee, but the State BJP chooses too remain silent,” he pointed out.

It is surprising that the State BJP chose too supported the Amaravathi capital issue only after Union Home Minister Amit Shah spoke about it in Tirupati and they do not question the State police and government stand on Y.S. Vivekananda murder case or police attack on Narsapuram MP K. Raghu Rama Krishnam Raju, he quipped.

Asked about the TDP going to the 2024 elections in association with the BJP, he said the polls were too far away and right now the Central BJP was in alliance with the Jana Sena Party, while the local leadership of the party has been allying with ‘Jagan Sena’. “We will take a call on alliance at the right time and not comment on it right now,” he added.

High On Green: Unique Wine That’s Sure to Give You a Taste of Broccoli

Ahead of India visit, UK PM calls for ‘democracies, friends to...

No new restrictions on markets