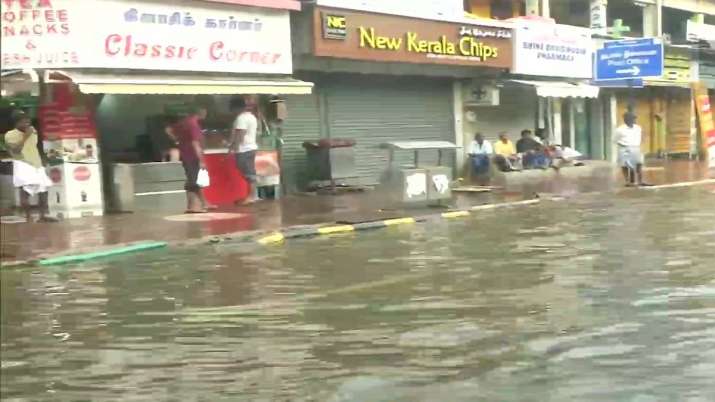 Tamil Nadu Chief Minister MK Stalin has declared a holiday on Friday for all government offices except those engaged in essential services, schools, and colleges in Chennai, Kancheepuram, Tiruvallur, and Chengalpatu districts due to heavy rainfall.

It may be noted that three people lost their lives in Chennai due to electrocution and four subways were closed due to waterlogging.

Stalin visited the waterlogged areas of the city and met the Greater Chennai Corporation commissioner Gagan Singh Bedi and other officials at the commissioner office in Rippon building on Thursday night to evaluate the situation.

Traffic movement was slow due to the subways being shut and heavy waterlogging in certain areas of Chennai.

Revenue and Disaster management minister, K.K.S.S.R Ramachandran while speaking to IANS said, “Three people have lost their lives in Chennai and surrounding areas due to electrocution and disaster and relief work is in full swing. We have already shut four subways due to waterlogging and two companies of NDRF are already in the city.”

He also said that with respect to heavy rain forecast, the Chief Minister has declared a holiday on Friday in Chennai and adjoining districts.

Heavy rains have led to the increase in storage level of Chembarambakkam lake with the level rising to 98 per cent of the total capacity. The inflow, according to officials, is 2900 cusecs while the outflow from the lake is 1000 cusecs.

Several parts of Chennai and Kancheepuram districts continue to suffer due to waterlogging and the weather department has issued an alert of heavy rainfall in the districts of Chennai, Kancheepuram, Chengalpattu, and Tiruvallur on Friday.

Live updates: Iran vs USA plus Wales vs England in World Cup 2022