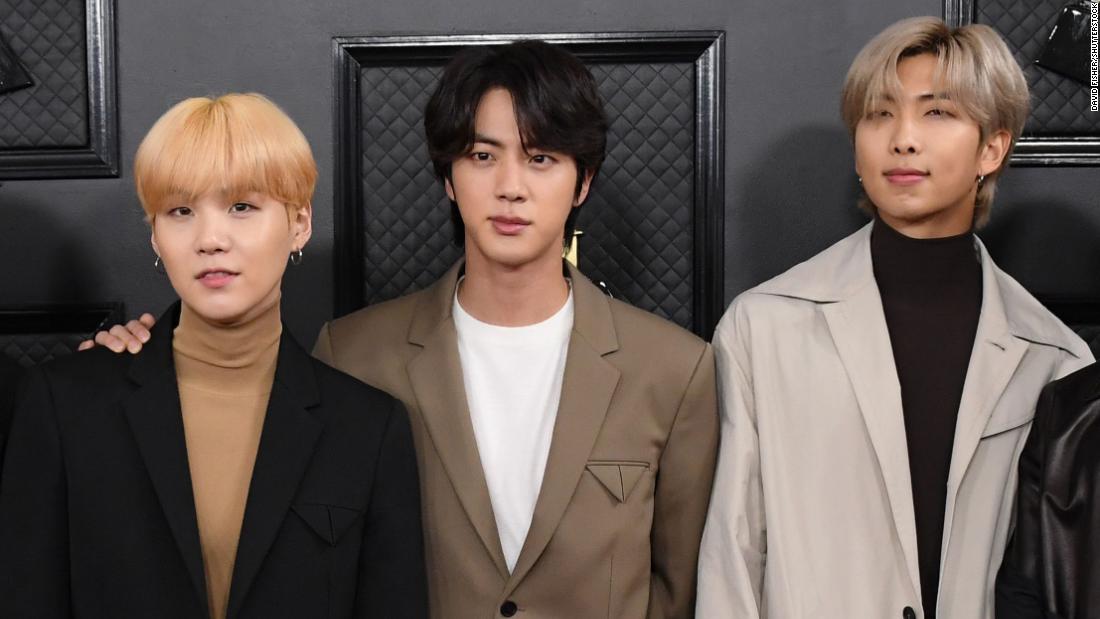 The group had recently returned to South Korea from the US, where it kicked off its first tour in two years since the beginning of the coronavirus pandemic.

Suga was the first to test positive. The star took a PCR test upon returning on Thursday, which resulted in a positive notification on Friday morning. As per restrictions in South Korea, Suga went into quarantine after getting tested, and did not come in contact with other BTS band members, BIGHIT Music said in an earlier statement.

RM tested negative in a PCR testing done on December 17, but tested positive on Saturday, before his scheduled release from quarantine, according to BIGHIT Music. RM had no particular symptoms as of Saturday.

Jin also took the PCR test, which came back positive on Saturday, after feeling “flu-like symptoms,” BIGHIT Music said. He has mild symptoms, including a light fever.

Jin had tested negative in two PCR testings done immediately after arriving from the US on December 6 and before being released from quarantine, the company said.

Suga had no symptoms as of Friday, and was doing “at-home treatment” in accordance with the country’s health guidelines, BIGHIT Music said.

All three members are fully vaccinated, having received two doses of the Covid-19 vaccine, according to BIGHIT Music. They are currently being treated “at home” in accordance with health guidelines.

South Korea has been mandating all international travelers to quarantine for 10 days, regardless of their vaccination status, and to take two PCR tests before being released.

The company said that it will prioritize the health and safety of its artists and provide support for their speedy recovery.

BTS members have been given a long vacation after finishing their scheduled events of ‘BTS Permission to Dance on Stage — LA’ and the ‘2021 Jingle Ball Tour,’ according to the BIGHIT Music.

Richa Chadha celebrates 10 years of Gangs of Wasseypur with memories...