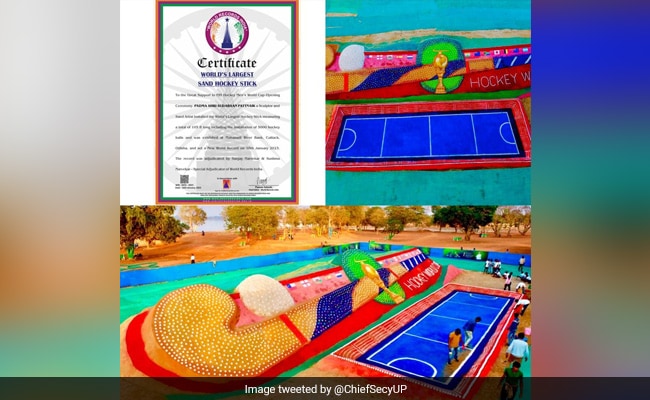 A sculpture created by eminent sand artist Sudarsan Pattnaik has been recognised as the ‘world’s largest sand hockey stick’ by World Records India, a not-for-profit organisation.

Mr Pattnaik had created the 105-foot-long sand sculpture with 5,000 hockey balls on the banks of Mahanadi River in Cuttack on the occasion of the ongoing Men’s Hockey World Cup in the state.

Our largest sand hockey stick set a New World Record, which was 105 ft long with installation of 5000 #hockey balls.This was created for the opening ceremony of Men’s Hockey WorldCup.Honour for us to get this recognition from World Records India Organisation. #HockeyWorldCup2023pic.twitter.com/N9npx5eUi5

“I feel very happy to get this certificate from World Records India,” Mr Pattnaik said.

400 Days To Polls, Reach Out To All Voters, Says PM Modi At BJP Meet

“No Security Lapse At All”: Kashmir Cops On Rahul Gandhi’s Yatra