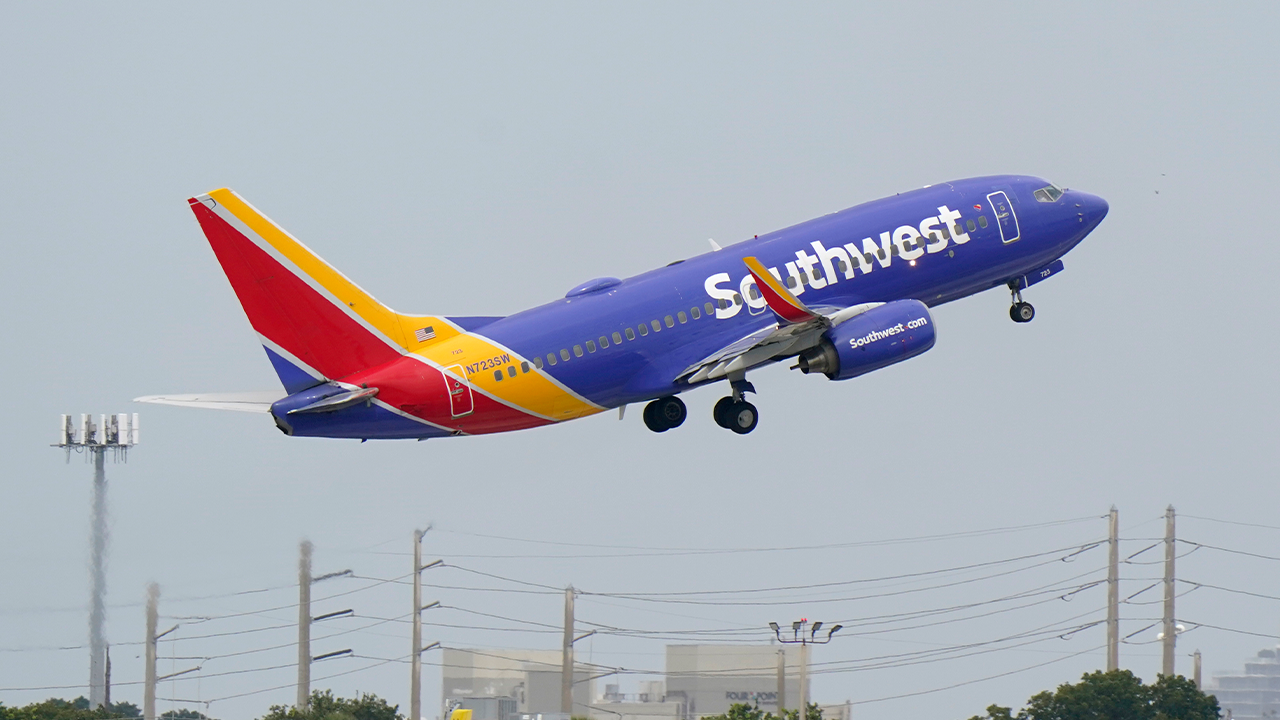 FOX Business’ Grady Trimble reports from Chicago’s Midway Airport, where Southwest Airlines claims lost bags will be returned to owners by the end of this week.

Southwest Airlines promoted five executives as the budget air carrier continues to reel from an operational meltdown that resulted in nearly 17,000 canceled flights over the chaotic holiday travel season.

The company said the elevations fill positions that were vacated in September and were planned as the second phase of restructuring under new CEO Bob Jordan, adding that the moves would “strengthen our operational execution.”

A Southwest Airlines plane takes off for flight. Operational failures at the airline caused it to cancel nearly 17,000 flights during the busy holiday travel season. (AP Photo/Wilfredo Lee / AP Images)

A Southwest spokesperson told the Associated Press that no employees were demoted or terminated in connection to Monday’s moves, which came days after the company reported it could lose as much as $825 million in the fourth quarter due to the fiasco.

The leadership promotions brought a fresh wave of scrutiny for Southwest on social media, as critics questioned the optics of giving raises to executives but not firing any over the failures that caused the meltdown.

A traveler wades through the field of unclaimed bags at the Southwest Airlines luggage carousels at Denver International Airport on Dec. 27. (AP/David Zalubowski / AP Newsroom)

“I can’t imagine a worst time to promote those individuals responsible for messing up thousands of customers and employees holidays,” one person tweeted in reaction. “This is beyond comprehension.”

Another said Southwest’s announcement could be “an indication of how tone-deaf their management really is.”

When reached by FOX Business, Southwest declined to comment on the criticisms.

Nir Kossovsky, an expert on corporate risk and CEO of Steel City Re, told FOX Business that the angry reactions from apparent stakeholders is further evidence that Southwest is going through a “reputational crisis.”

However, Kossovsky says, the new promotions of executives at Southwest could instill confidence from the company’s investors. “Investors want to know that a firm has an effective, authenticated, thoughtful risk management process and governance over everything that’s mission-critical,” Kossovsky explained.

He says the most important thing Southwest can do is instill confidence that the meltdown that occurred over holidays will never happen again.

Southwest is scheduled to report fourth quarter and full year results on Jan. 26.

The Associated Press contributed to this report.

Explained | What is gold recycling?