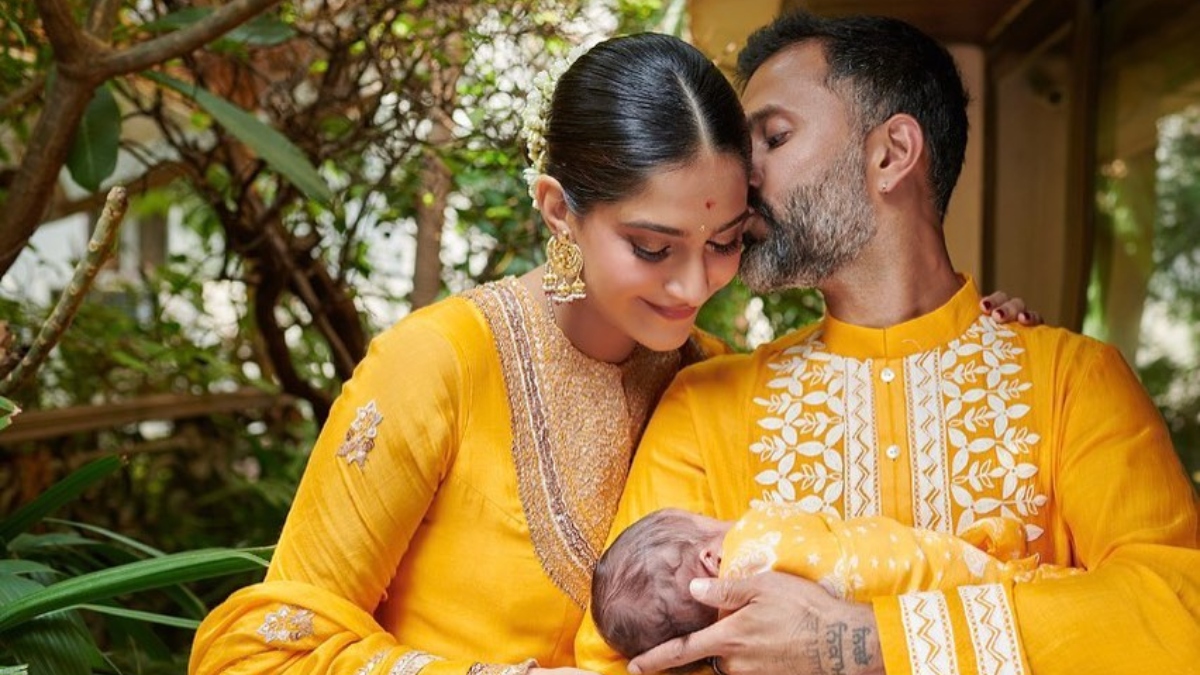 Sonam Kapoor and Anand Ahuja became parents to a baby boy in August 2022. They named him Vayu Kapoor Ahuja. And now Sonam’s fans are extremely happy as they got to see a clear picture of her son, all thanks to Anand Ahuja. Taking to Instagram, he shared a cute picture of mom Sonam adorably holding Vayu in her arms. While Vayu’s full face isn’t visible, his chubby cheeks are enough for fans to go gaga over.

Anand dropped the unseen picture of Vayu and Sonam and expressed that he was missing them. Anand quoted Khalil Gibran’s words about children, and while reflecting on them, he said, “I read this years ago and have always remembered it. Saved it so I could always refer to it and now so grateful to put it into practice w @sonamkapoor … missing you both too much. #VayusParents #EverydayPhenomenal.”

“Your children are not your children. They are the sons and daughters of Life’s longing for itself. They come through you but not from you, And though they are with you yet they belong not to you. You may give them your love but not your thoughts, For they have their own thoughts. You may house their bodies but not their souls, For their souls dwell in the house of tomorrow, which you cannot visit, not even in your dreams. You may strive to be like them, but seek not to make them like you. For life goes not backward nor tarries with yesterday. You are the bows from which your children as living arrows are sent forth. The archer sees the mark upon the path of the infinite, and He bends you with His might that His arrows may go swift and far. Let your bending in the archer’s hand be for gladness; For even as He loves the arrow that flies, so He loves also the bow that is stable,” Anand added. After the post, Sonam reacted, “Love you so much.”

The couple welcomed their baby boy on August 20, 2022 in Mumbai. The proud parents announced the news through a cute message template that read, “On 20.08.2022, we welcomed our beautiful baby boy with bowed heads and open hearts. Thank you to all of the doctors, nurses, friends and family who have supported us on this journey. It’s only the beginning, but we know our lives are forever changed.”

Meanwhile, on the work front, Sonam will be next seen in the upcoming film ‘Blind’ directed by Shome Makhija, starring Purab Kohli, Vinay Pathak and Lillete Dubey in prominent roles. The official release date of the film is still awaited.

Bennifer 2.0: How Jennifer Lopez and Ben Affleck got us talking...

Download the Win-Win (W-677) Result PDF From keralalotteries.com on Monday, 18...