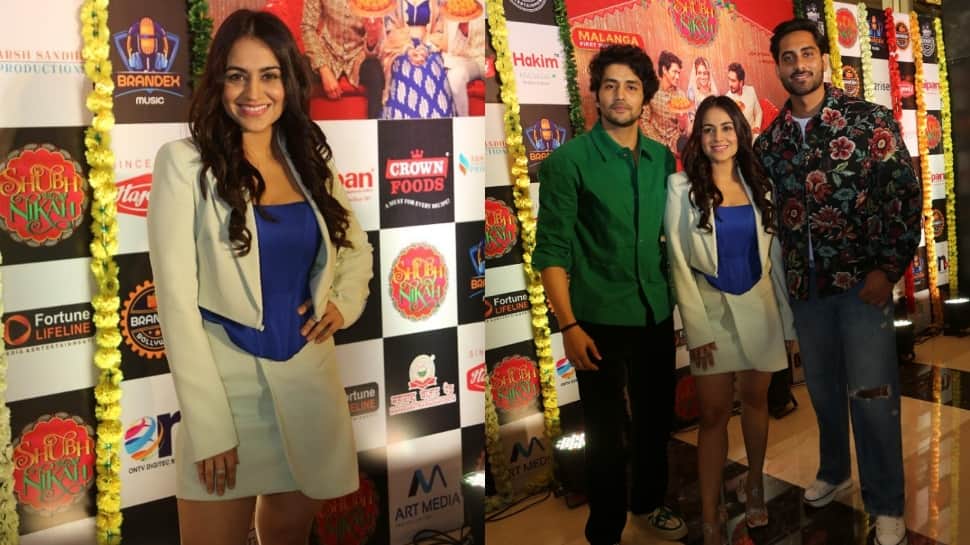 Co-producer Laxmi Narain Pandey Guruji and celebrity guests like Sharad Malhotra, Vijay Raaz, Sapna Avasthi, Priyanshu Chatterjee, Priyanka Khera, and many others, caught up on the red carpet where they shared their thoughts and views on Shubh Nikah music.

Lead actress Aksha Pardasany quoted “I sign projects on instinct. When I was narrating this script I really liked the story, the character as well as the strong connect with the director. He seemed like someone who was passionate about this film and he was convinced I could bring the character of Zoya alive. I believed in his conviction and here I am.”

Shubh Nikah is a very unique story of cross-cultural marriage and the music of the film is sung by none other than three gems of Bollywood Tochi Raina, Salman Ali, who was also a winner of Indian Idol & Ali Aslam Shah. The music of the film gives you soothing vibes and we can say after a decade we will be hearing such melodious songs. All credit goes to Liyakat Ajmeri for creating such magic.

England Will Come Out With Aggressive Mindset Against India: Ben Stokes

Kartik Aaryan talks Bhool Bhulaiyaa 2 with street kids while out...