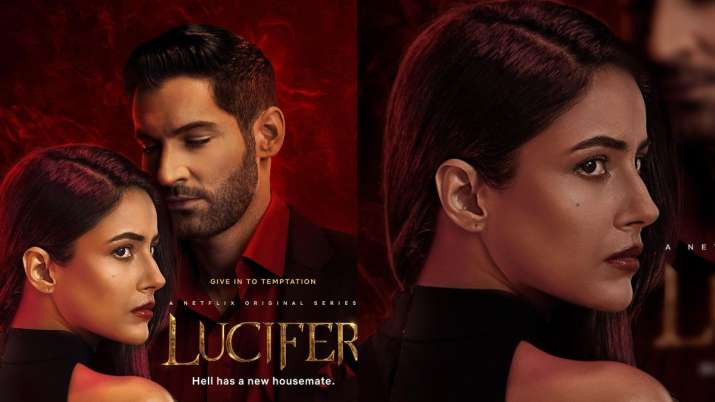 The poster of fantasy series ‘Lucifer’ featuring former ‘Bigg Boss 13’ contestant Shehnaaz Gill with lead actor Tom Ellis created a tizzy on social media. However, the poster is not about her upcoming project but a crossover poster shared by Netflix on their social media handle. Another crossover poster featured Bollywood’s acclaimed actor Nawauddin Siddiqui in the popular Korean survival drama ‘Squid Game’.

Her fans started guessing about her future projects and in fact many congratulated her also. One fan wrote with a heart emoji: “Waiting waitin..congratulations”. While few wrote that they have to see ‘Lucifer’ because of Shehnaaz.

The fan wrote: “Omg I’m damn excited for my baby new series on Netflix,” commented one of her fans tagging the actress.

Meanwhile, Shehnaaz Gill has been making noise in showbiz for all the right reasons. She has managed to grab the top spot in Google’s top searched Female personalities of 2021. She is also the third most googled personality in India, above Raj Kundra and Vicky Kaushal. The actress underwent a drastic physical transformation at the beginning of the year which helped her grab many eyeballs. However, in September, she lost her rumoured boyfriend Sidharth Shukla.

On the work front, Shehnaaz was last seen in a romantic comedy Honsla Rakh. The film also featured Diljit Dosanjh and Sonam Bajwa.