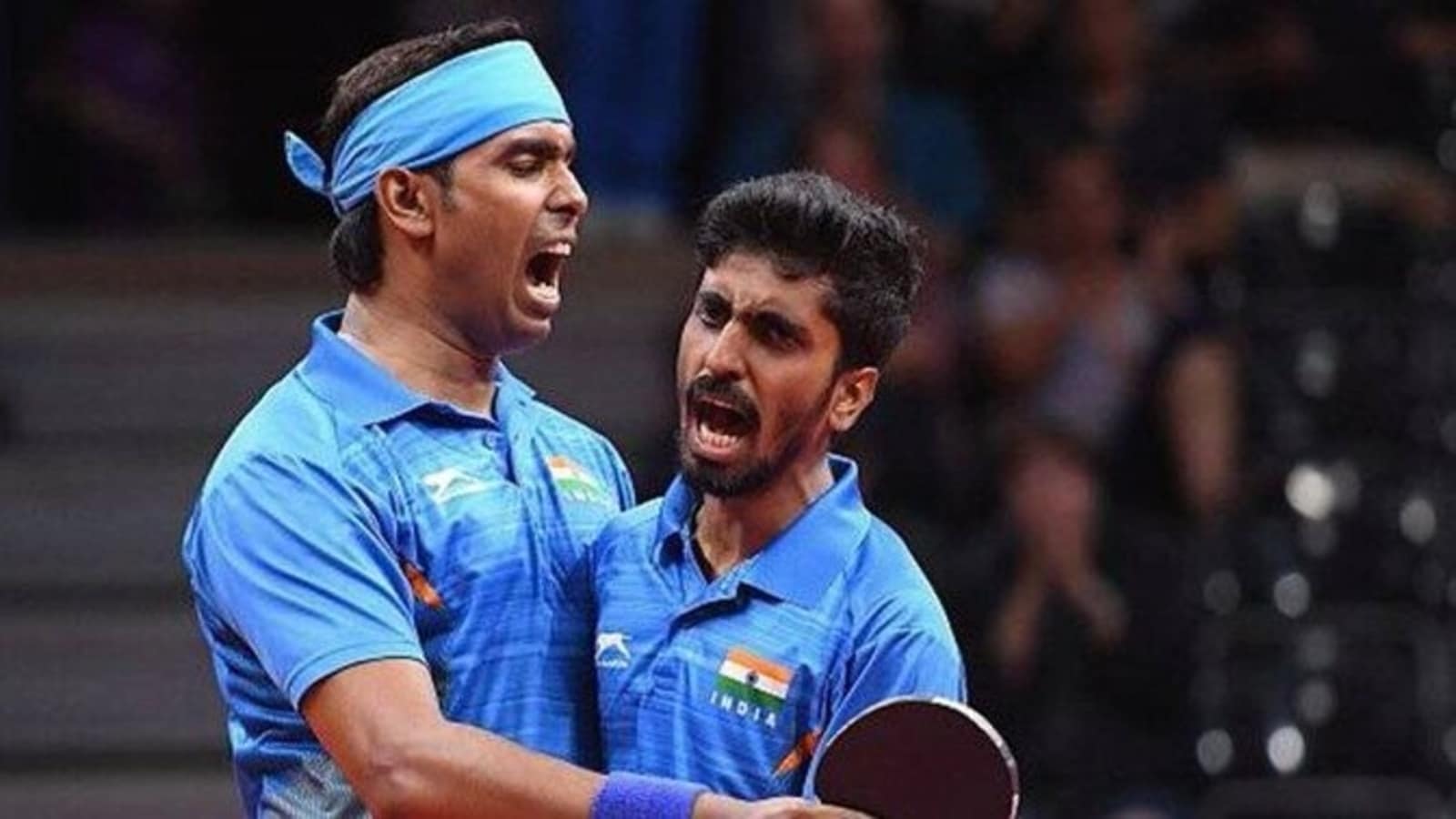 Sharath Kamal and Sathiyan Gnanasekaran bagged silver in men’s doubles final after losing 11-8, 8-11, 3-11, 11-7, 4-11 against defending champions Paul Drrinkhall and Liam Pitchford at the Commonwealth Games 2022 on Sunday in Birmingham. This was India’s second medal in table tennis at the CWG 2022 after the men’s team had finished with the elusive gold earlier this week. Meanwhile, the Singapore pair of Chew Zhe Yu Clarence and Poh Shao Feng Ethan finished third in the competition after they beat Australia’s Lum Nicholas and Luu Finn 11-4, 11-8, 8-11, 11-5 in the bronze-medal tie.

In a repeat of the 2018 CWG gold-medal tie, the Indian pair made a perfect start to the match, winning six of the first nine points in the first game before winning it 11-8 in style. The defending champions, however, responded in supreme fashion by taking a strong early lead in the second game. Sharath Kamal and Sathiyan looked to stage a comeback as they won four consecutive points to trail by only a point at 8-9. But Pitchford and Drinkhall held their nerves to win the final two points and level the gold-medal tie.

Pitchford and Drinkhall looked to pile pressure on India with a dominating 11-3 win in the third game before the match was levelled once again, after Sharath Kamal and Sathiyan bagged the fourth game 11-7 and forced a decider.

The decider started off on an absolute thrilling note with none willing to concede a point, but England nudged ahead with 5-4 lead at break and carried the momentum thereafter to extend the lead by four points. India failed to threaten any further as Pitchford and Drinkhall prevailed as champions once again as it was in Gold Coast four years ago.

Earlier, Sreeja Akula suffered a heartbreaking loss as he went down to Australia’s Yangzi Liu 3-4 in a nail-biting bronze medal play-off. Sreeja staged an incredible comeback to level the match in the sixth game but eventually suffered a 11-3 6-11 2-11 11-7 13-15 11-9 7-11 defeat in a match that lasted more than one and a half hour.

Later on Sunday, Sharath will have two more crucial assignments at hand with the aim to finishing four medals at CWG 2022. Sharath Kamal will take on Drinkall in the first semifinal of men’s singles category while Sathiyan will be up against Pitchford in the second semifinal clash.

The veteran paddler will also vie for the mixed doubles gold where he will be pairing up with Sreeja and will be facing Malaysian pair of Javen Choong and Karen Lyne. Sharath had earlier bagged the bronze medal in men’s team event in table tennis.