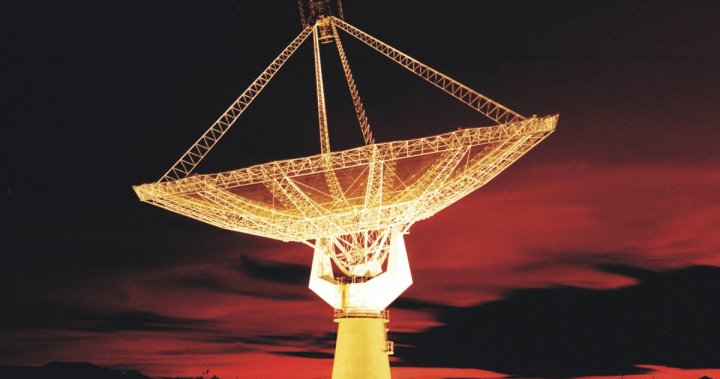 Researchers have revealed that they received a radio signal from an ancient galaxy that’s nearly nine billion light-years away.

It’s a figure that’s hard to wrap your head around, but according to astronomers, the signals come from an era that was long before our own solar system materialized.

M&M’s to indefinitely pause use of ‘polarizing’ spokescandies

The finding, announced last week in the journal of Monthly Notices of the Royal Astronomical Society, is the most distant signal of its kind from a remote galaxy, and researchers say it could shed light on how our universe formed.

The radio frequency signal was picked up by the Giant Metrewave Radio Telescope (GMRT) in India, and originated in the galaxy SDSSJ0826+5630, located 8.8 billion light-years from Earth.

That means the signal was emitted when our 13.8-billion-year-old planet was roughly a third of its current age.

However, before you get excited that this distant signal might (finally) be a sign of alien life, scientists have pinpointed the origin of the signal and they credit it to gaseous hydrogen.

The signal is associated with a specific wavelength called the 21-centrimetre line – a.k.a. the “hydrogen line” – which is emitted by neutral hydrogen atoms. Up until now, researchers have only picked up signals on the 21-centimetre line that have come from much closer – and thereby more recently formed – galaxies.

The telescope was able to pick up the distant signal because it was bent by another galaxy located between the signal and the telescope, researchers said. “This effectively results in the magnification of the signal by a factor of 30, allowing the telescope to pick it up,” said Nirupam Roy, co-author of the study and an associate professor at the Indian Institute of Science.

Arnab Chakraborty, a post-doctoral researcher at McGill University in Montreal, said in a statement that the finding “will help us understand the composition of galaxies at much greater distances from Earth.”

The researchers also say that the results show that there is more potential for probing the cosmic evolution of stars and galaxies with existing technology, such as low-frequency radio telescopes.

ON VIDEO | Only Runway of Airport at Southern Turkey Tears...