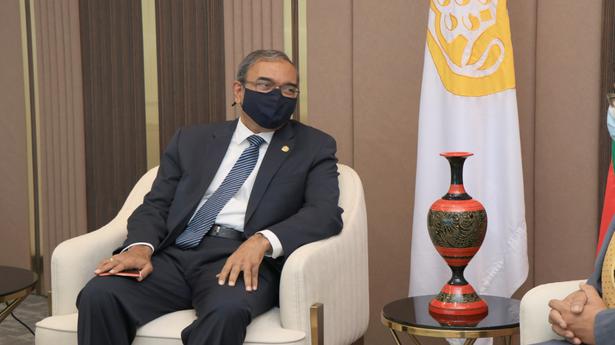 Mr. Weerakoon, a Sri Lankan diplomat, assumed charge as the Secretary-General of the SAARC in March last year.

SAARC Secretary General Esala Ruwan Weerakoon will visit Pakistan on December 22 during which he will hold talks with Prime Minister Imran Khan, Foreign Minister Shah Mehmood Qureshi and other senior officials, the Foreign Office said in Islamabad on Tuesday.

“This is the Secretary General’s maiden visit to Pakistan since assuming the office in March 2020,” it said in a statement.

Mr. Weerakoon will be visiting Pakistan from December 22-25, during which he will call on the Prime Minister and the Foreign Minister besides meetings with other high officials, the Foreign Office said.

“The visit is an opportunity to reiterate Pakistan’s commitment to the objectives and principles of SAARC, share our perspective on various aspects of cooperation with SAARC and highlight Pakistan’s efforts for promotion of peace, security and development in the region,” it said.

The SAARC has not been very effective since 2016 as its biennial summits have not taken place since the last one in Kathmandu in 2014.

The 2016 SAARC Summit was to be held in Islamabad. But after the terrorist attack on an Indian Army camp in Uri in Jammu and Kashmir on September 18 that year, India expressed its inability to participate in the summit due to “prevailing circumstances”. The summit was called off after Bangladesh, Bhutan and Afghanistan also declined to participate in the Islamabad meet.

Also read | Reclaiming SAARC from the ashes of 2020

Pfizer Asks US to Allow Covid-19 Vaccines to Children Under 12...