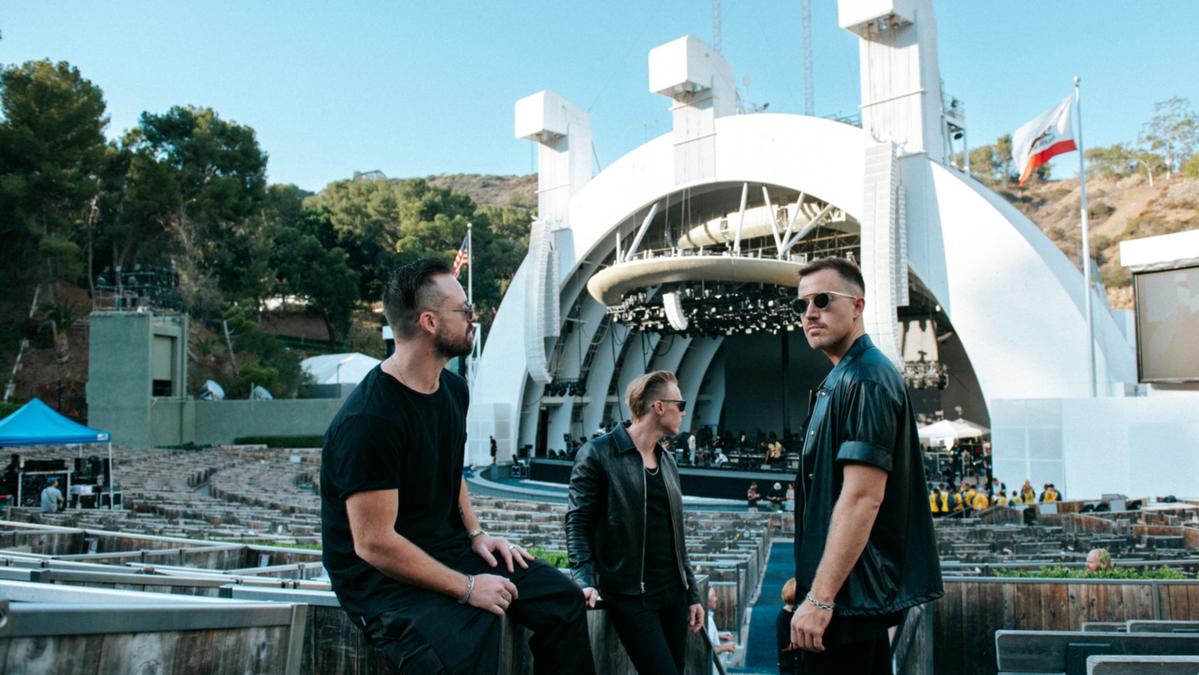 They’ve ditched the whisky shots for ginger shots and now Grammy-winners Rufus Du Sol head back to Perth to remind fans why they’re one of the hottest Australian acts in the world right now.

After a decade-long career in the music business, the Sydney-born dance-music trio will bring their Surrender tour home to Australia after a three-year hiatus from Australiathe country.

“We had planned four different tours of Australia since 2019 and haven’t been able to announce any of them because of COVID,” vocalist Tyrone Lindqvist tells The West Australian.

“Our shows have gotten so big now that it was much more of a risk for us to put something on and say we were gonna do it, just in terms of booking everything.

“But there’s just so many reasons why we want to get back there. I have a little son, he’s three and a bit, and a lot of my family hasn’t spent a whole lot of time with him . . . but I’m thrilled that now is the time and we can’t wait to get back home.”

Over the plast three years, Rufus Du Sol — which is made up of Lindqvist, keyboardist Jon George and drummer James Hunt — have put on some of the biggest shows across America, including selling out the Hollywood Bowl in October, a stadium that has been home to acts like Adele, the Beatles, and Fleetwood Mac.

They also scored their first win at this year’s Grammy Awards, winning best dance record for their song Alive.

That release also earned them the best produced album award at last week’s ARIAs in Sydney. The group had been nominated for seven ARIAs this year — the most for any artist nominated — including best group and album of the year.

Lindqvist says Surrender sums up a lot of the changes the trio has experienced “as three guys who are growing up”.

In particular, their time away from home during the pandemic forced the band to make some significant life changes in order to sustain their careers for the long run. “Our latest album, Surrender, really sums up a lot of change in us as three guys who are growing up,” he says.

“I’m a dad and I’m married and touring looked very different five or 10 years ago compared to what it does now,” Lindqvist says.

“It was not necessarily healthy or sustainable, and we really wanted to make a lot of changes, because it just didn’t feel like we were gonna last in the long run if things kept going the way they were.

“Now, we have a personal trainer with us on tour and we do ice baths after we walk offstage to regulate because it’s so overwhelming to play in front of 15,000 people. You come off buzzing, so it’s a nice way to get back in your body.

“After the show, we all play FIFA together, so it’s very low-key compared to what it used to be. I mean we do ginger shots before we walk out — it used to be whisky shots,” he laughs.

Rufus Du Sol are set to light up Perth’s Langley Park in December and it seems the city has left a good impression on the band members.

“Early on, it felt like there was a really good club culture in Perth, which surprised us when we were starting out,” Lindqvist says.

“We’ve played a bunch in Perth now and it’s such a fun place to let your hair down and celebrate because usually acts finish a tour there and I think that was often the case for us.

“We’d usually get down to Fremantle, which is so beautiful and there’s so much great music coming out of there too — I mean you’re fronted by the king, Kevin Parker.”

Lindqvist says Perth fans can expect the band’s “full show” — which if you’ve never been to a Rufus Du Sol concert, essentially means incredible music and of course, plenty of lasers.

“We’re three guys that play as a band, so we have live instrumentation but we love electronic music and dance music,” he says.

“And you know, the big backbone in a lot of electronic music shows is the light show and all the video content, so we use it as like an interactive fourth member of the band.

“When you go watch live music, it is such an immersive experience and you could really be taken somewhere.

“So if an artist really puts a lot of attention into all the smaller details, they could take a person that’s willing to go on a ride really far and we just really love doing that.”

‘Faraaz’ movie review: Hansal Mehta’s film hangs between hope and hell and stands up to bigotry

Disney in cinemas for rest of 2021 films