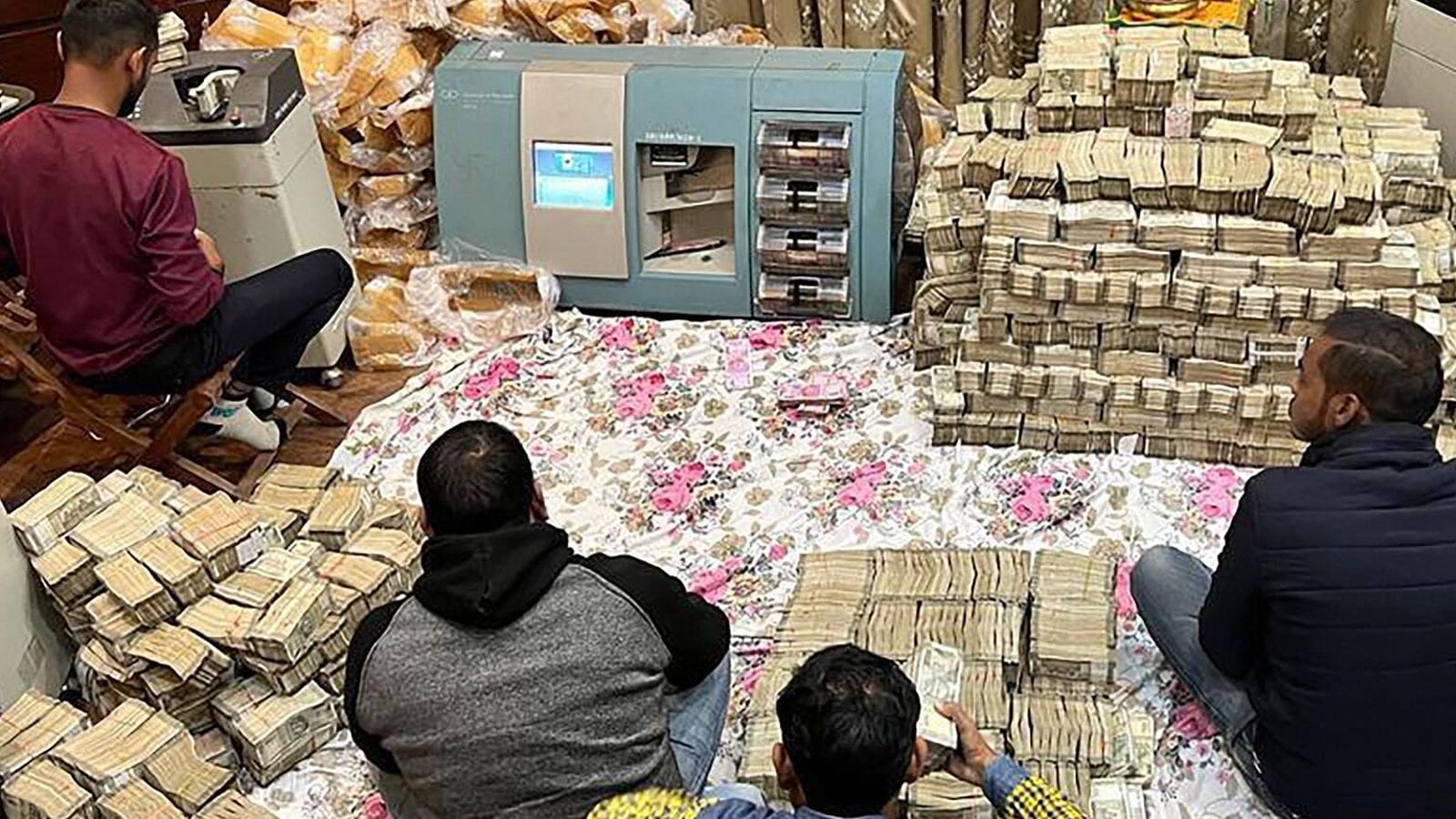 Kanpur-based businessman Piyush Jain was arrested on charges of tax evasion on Sunday night more than 40 hours after central agencies raided his premises in what turned out to be arguably the biggest cash seizure in recent times.

Sources said that so far Rs 257 crore in cash has been seized from locations linked to Jain, with more expected to tumble out as the marathon raids continued for the fourth day. The money was allegedly linked to the dispatch of goods via fake invoices and without e-way bills by a goods transporter.

The raids are being carried out by Goods and Services Tax (GST) officials from units in Uttar Pradesh and Gujarat. Jain is likely to be produced in court on Monday and could be taken to Ahmedabad from Kanpur for further investigation.

Here’s a look at the big numbers cropping up in the saga that has taken a political turn with elections around the corner:

Rs 257 Crore & Counting – Cash seized so far from locations linked to Piyush Jain. Reports say the Directorate General of GST Intelligence (DGGI) Ahmedabad recovered Rs 10 crore cash from Jain’s factory and residence. Around Rs 177 crore was reportedly recovered from the businessman’s Anandnagar house in Kanpur, while Rs 107 crore unaccounted cash was said to be seized from his Kannauj house.

40 – The number of companies said to be owned by Piyush Jain. Two of these are said to be in the Middle East

300 – The number of keys seized from four houses linked to Jain. Sources said locksmiths have also been called since some locked doors couldn’t be opened

9 – Drums of ‘sandal’ oil found during searches. Reports say bundles of Rs 2,000 notes have also been recovered from cardboard boxes

Quoting sources, a report in news agency IANS said that during interrogation, Piyush Jain claimed that cash recovered from his houses was money accumulated after selling 400 kg of gold left by his ancestors. “Piyush Jain said he sold gold in batches, for the past many years, to small jewellers,” the report quoted a Directorate General of GST Intelligence officer as saying.

Sources told News18 that the team of officials broke open a cupboard at Jain’s house and took possession of files and laptop found in it.

There is heavy police presence outside the premises as curious locals have been trooping to the spot since the raids started. Many locals have claimed that Jain also ran a chemist business, while local perfume traders said Jain had never been part of the perfume business.

While his perfume factory and cold storage, along with a petrol pump, are located in Kannauj, the head office of his perfume business is said to be in Mumbai where he also reportedly owns a bungalow.

Coming just months before elections, the raids have taken a political turn with the BJP and Samajwadi Party locking horns. While the BJP has alleged that Jain is linked to the SP, the latter has made the same allegation against the ruling party.

BJP leader Sambit Patra had tweeted on December 24 to allege that the person raided was the one who “launched” the ‘Samajwadi’ perfume in November this year.

The ‘Samajwadi’ perfume was launched on November 9 in the presence of party chief Akhilesh Yadav in Kannauj, called the “Attar Nagri”, which has been the party’s stronghold and represented by both Akhilesh and his wife Dimple Yadav in the Lok Sabha previously.

Refuting Patra’s charge, SP district spokesperson Vijay Dwivedi said Piyush Jain was not the one who launched the ‘Samajwadi’ perfume and the party has no links with the businessman.

“The BJP is trying to malign SP’s image by associating the party with the raids. The raids on Piyush Jain in Kanpur or in Kannauj have nothing to do with the Samajwadi Party. The I-T department should take action. Piyush Jain has nothing to do with Samajwadi perfume and he did not launch the Samajwadi perfume. It was launched by one of our MLCs and a businessman whose name is also Jain. People of the entire community cannot be called criminals,” Dwivedi said.

electricity: Power employees and engineers to protest whenever Electricity...