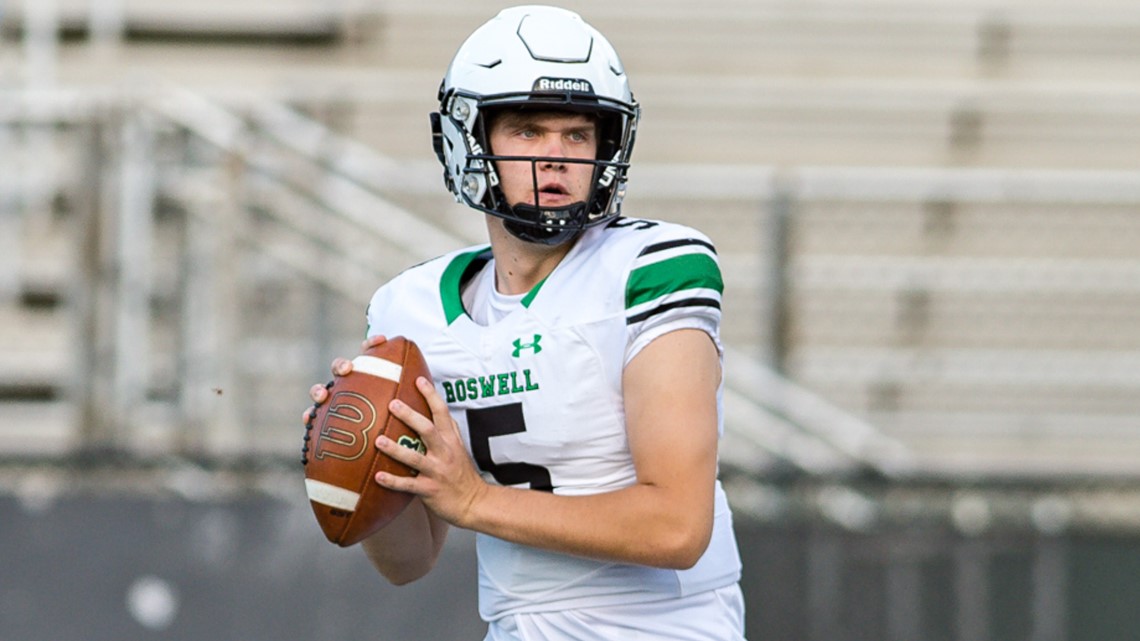 ‘He will be missed by his friends and family dearly,’ the tweet said.

ROSWELL, Ga. — Roswell High School quarterback Robbie Roper died Wednesday, according to a tweet posted on his social media account from his family. This comes following reported complications during a procedure.

“He had a successful surgery, was doing well, and I think his health turned for the worst,” head football coach Chris Prewett told 11Alive.

The 6-foot-4 senior had dreams to play college football and had recently gained interest from the University of Florida after previously receiving offers at University of Massachusetts, Morehead State, Morgan State and Western Carolina.

“He was the biggest joy to our family. We are proud of the young man he has become,” his family posted on Twitter. “He will be missed by his friends and family dearly.”

The outpouring of support was coming in on social media as the news spread.

“Robbie was an incredible young man and made a huge impact on his teammates, classmates, and the community,” the school’s athletic department said on Twitter. “#5 will never be forgotten.”

“Heartbroken is a gross understatement. Robbie was a fantastic young man and a fighter all the way thru!! You will be missed in so many ways!!” the coach posted on Twitter.

Prewett later reflected on Robbie following a vigil held for the teen on Wednesday night, adding: “He didn’t meet a stranger. He was funny, he was energetic. He was everything you wanted to see as a student-athlete.”

As for Roper’s teammates, Prewett said they’re grieving and trying to reminisce on the moments they once shared with him — stories of bus rides, the locker room and team comradery.

“One of the things we preach is a brotherhood amongst our team and that’s what I told them last night. The best thing you can do, is lean on that,” he said.

Roper’s sister, Breanna, said on Twitter that he was able to touch so many hearts.

“I am beyond proud of the man he has become, and can only wish to be half as good of a teammate, leader, and person that Robbie was,” she wrote with the title “Live like 5.”

Hey everyone, here is the update on Robbie. pic.twitter.com/oZuzCT7czf

The news spread quickly across the country as well-known college coaches, players and teams offered their prayers.

The Atlanta Falcons took to twitter to share their condolences with Roper’s family and teammates, saying in a statement the teen had a clear impact on the community.

“Football is family. And we are saddened by the passing of one of our local high school football family members,” the statement read. “May he rest in peace as we keep his family, friends and all those mourning his loss in our prayers.”

Funeral arrangements are still being set, the family said.

Prepare to shell out more for fireworks this summer