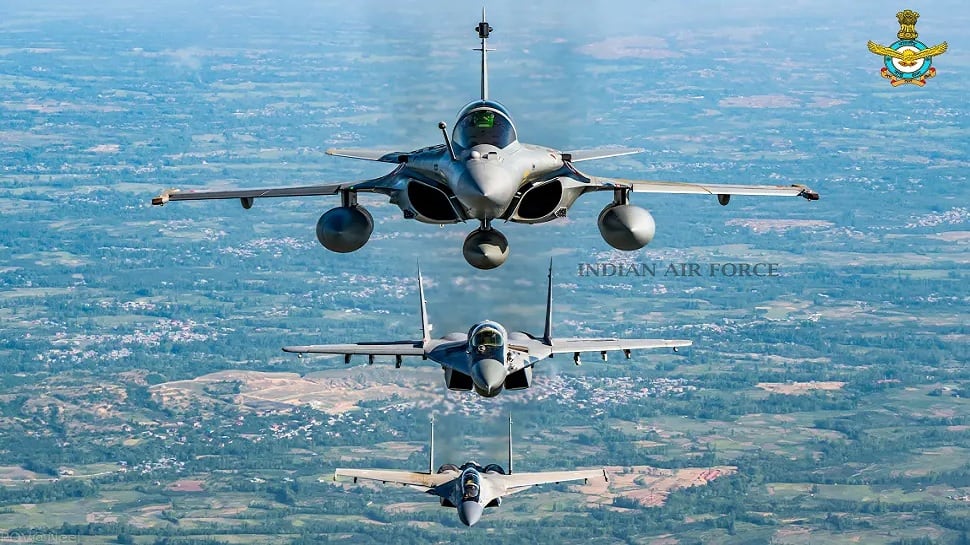 Republic Day 2023: Like every year, the govt will host a grand Republic Day parade on January 26, 2023, to showcase the military and cultural might of India. What’s special this year is the fact that the this will be the first Republic Day celebrations hosted at the ceremonial boulevard after Rajpath was renamed Kartavya Path last year. The 74th Republic Day Parade will also see one of the biggest contingent from the Indian Air Force, who will put on display a massive fleet of fifty aircrafts. Among these fifty aircrafts including a variety of fighter jets, helicopters and cargo planes will be the Rafale Fighter Jet.

57 aircraft from 7 different airfields flying at speeds varying from 120 to 900 kmph.

A glimpse at what it takes to present to you the precisely synchronised aerial ballet over #KartavyaPath.#RepublicDay2023

For the first time ever, the Indian Air Force will display nine Rafale aircrafts, all of which will be a part of the grand flypast during the celebrations, an IAF official said. The Dassault-made French fighter jet is a multi role 4.5 gen aircraft and the most advanced jet with the Indian Air Force. Although Rafale has been part of previous R-Day celebrations in 2021 and 2022, this is the first time 1/4th of the total Rafale fleet will take part in flypast.

The first batch of five Rafale jets arrived in India on July 29, 2020, nearly four years after India signed an inter-governmental agreement with France to procure 36 of the aircraft at a cost of Rs 59,000 crore. France has delivered all 36 fighter jets to India, and two squadrons, one in North and one in South of 18 jets each have been formalized by the IAF.

“Four Rafale will be part of the Netra formation and four others in Vajrang formation with a C-130 aircraft, an one will perform the ‘Vertical Charlie’ at the end of the flypast,” he added. Asked what all will be showcased during the flypast for the first time, the IAF official said, besides the IL-38 naval aircraft, the formations like ‘Bheem’ and ‘Vajrang’ will be showcased over the Kartavya Path for the first time.

Apart from Rafale, all eyes will be on the Ilyushin 38 aircraft, which was commissioned into the Indian Navy in 1977 and is a long-range surveillance and anti-submarine warfare aircraft. Navy’s IL-38 will be showcased at the event for the first and perhaps the last time, a senior IAF official said. IL-38 is a maritime reconnaissance aircraft of the Indian Navy that has served for nearly 42 years, he said.

“It will be showcased during the Republic Day celebrations here for the first time and perhaps the last time. It will be among the 50 aircraft that will take part in the event,” the IAF official said. Known as the Winged Stallions, the IL 38SDs, the oldest maritime surveillance aircraft in the Indian inventory, will be decommissioned by the end of this year. These Russian-made planes will be replaced by the US-made Boeing P8.

5 Union Budgets That Shaped India Through The Years

Budget 2023: What are different kinds of budget presented by Centre?

govt schemes for startups in india

Demand Flexibility Service: What is the energy saving scheme for electricity?