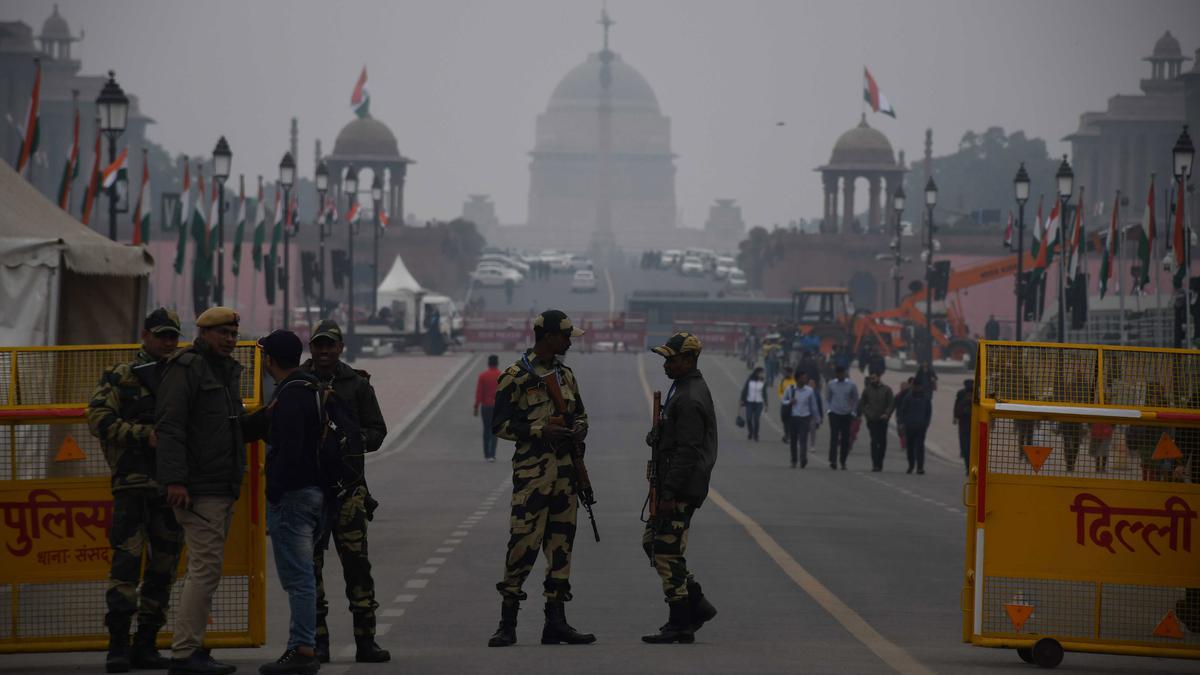 The ceremonial boulevard of the national capital, the newly-christened Kartavya Path that has witnessed the country free itself from the clutches of colonial rule will play host to the 74th Republic Day on January 26, 2023.

President Droupadi Murmu will lead the nation in celebrating Republic Day, and Egypt’s President Abdel Fattah al-Sisi will be the chief guest at the ceremonial event. This is the first time an Egyptian head of state has been invited to the ceremony. The invite also marks 75 years of diplomatic ties between Cairo and New Delhi. A 180-personnel military contingent from the Egyptian Army is expected to participate in the parade.

A total of 23 tableaux— 17 from States and Union Territories and six from various Ministries and departments depicting India’s vibrant cultural heritage, and economic and social progress will be part of the parade on the Kartavya Path.

Indian Army, Indian Navy, and Indian Air Force along with other security forces will present a spectacular show in front of the nation as they march past the dais where the President along with other dignitaries take the salute.

Here are the latest updates:

Students performing a cultural program on the occasion of the 74th Republic Day celebrations at VOC Park grounds in Coimbatore on January 26, 2023.
| Photo Credit:
M. Periasamy

In his maiden stint as the Chief Minister of Maharashtra, Chief Minister Eknath Shinde unfurled the national flag, and kickstarted 74th Republic Day celebrations in Mumbai.

Mr. Shinde, who revolted against former Chief Minister Uddhav Thackeray on June 20, 2022, was joined by around 39 Sena MLAs and 11 independents.

PM Modi extends his Republic Day greetings to the nation

Extending his greetings to the nation, Prime Minister Narendra Modi on January 26 said in a tweet, “I wish that we move forward unitedly to fulfill the dreams of the country’s great freedom fighters. Happy Republic Day to all fellow Indians!”

President Droupadi Murmu will lead the nation in celebrating the Republic Day, and Egypt’s President Abdel Fattah al-Sisi will be the chief guest at the ceremonial event. The military assets which will be displayed during the parade include made-in-India equipment, showing the spirit of Atmanirbhar Bharat, officials had earlier said.

As per tradition, the national flag will be unfurled followed by the National Anthem with a booming 21-gun salute. Among, the many firsts, the ceremonial salute will be given with 105-mm Indian field guns. It replaces the vintage 25-pounder guns, reflecting upon the growing ‘Aatmanirbharta’ in defence. Four Mi-17 1V/V5 helicopters of 105 Helicopter Unit will shower flower petals on the audience present at Kartavya Path, the statement said.

The parade will commence with the President taking the salute. The parade will be commanded by Parade Commander Lt Gen Dhiraj Seth, a second-generation Army officer. Maj Gen Bhavnish Kumar, Chief of Staff, Delhi Area will be the Parade Second-in-Command.

This year, the Republic Day celebrations will see attractive performances by dancers from Vande Bharatam group from across the country, tales of bravery by ‘Veer Gatha 2.0’ participants, melodious performances by school bands at the National War Memorial, largest-ever drone show and 3-D anamorphic projection, it said. -PTI

A multi-layer security cover is in place for the Republic Day celebrations here on Thursday with police conducting anti-sabotage checks, verification drives, and patrolling to thwart any untoward incident, according to officials.

Around 6,000 security personnel have been deployed in the New Delhi district and 24 help desks set up for those attending the celebrations at the Kartavya Path, they said.

Police said that around 60,000 to 65,000 people are expected to attend the Republic Day celebrations. -PTI

NTR was a trendsetter in implementing pro-people reforms