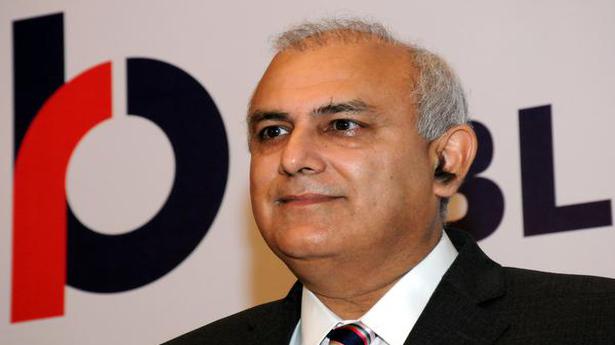 Shares of RBL Bank Ltd dived 15% in early trading on Monday after the company’s top boss went on medical leave and the Reserve Bank of India (RBI) named an additional director to RBL’s board over the weekend.

RBL’s board accepted a request from Vishwavir Ahuja, managing director and chief executive officer, to proceed on medical leave with immediate effect, the company said on Saturday.

The bank named Rajeev Ahuja as interim managing director and CEO. In a press call on Sunday evening, Mr. Rajeev attempted to allay concerns about the management changes and said the bank’s business fundamentals were intact with scope for “tremendous improvement”.

In the past the country’s central bank has named its officials on boards of banks where there might have been poor financials or governance concerns. However, RBL reiterated that business was as usual and it did not have any near term capital needs.