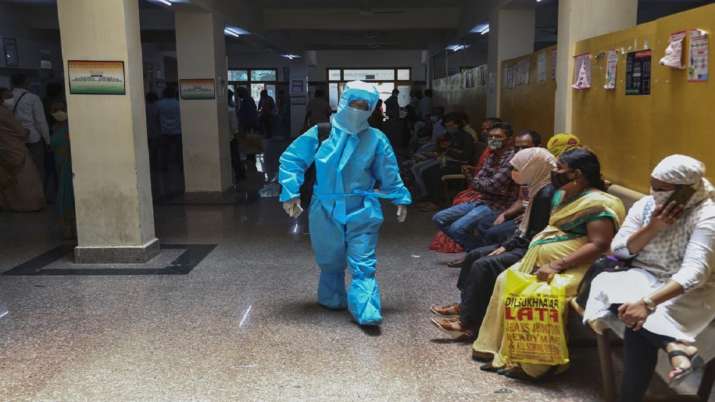 The Election Commission of India on Monday asked the Centre to ramp up vaccination in states with upcoming assembly elections, given the rise in Covid cases across the country, along with a new covid variant Omicron spreading in several states.

The statement comes after the EC sought inputs on the state of Covid cases in the 5 poll-bound states, which are Uttar Pradesh, Punjab, Uttarakhand, Manipur, and Goa.

Amid a surge in Covid-19 cases and the threat posed by the Omicron variant, concerns have been raised over the conducting of elections and rallies in the five poll-bound states.

The Election Commission also met top officials of ITBP, BSF, and SSB and pressed for maintaining strict vigil on international borders some of the poll-going states share. Sources aware of the meetings said Health Secretary Rajesh Bhushan briefed the poll panel for nearly an hour on the Covid situation in the country.

The commission, in particular, referred to Punjab and Goa with regard to drug smuggling, the sources said.

Chief Election Commissioner to visit UP

An Allahabad High Court bench of Justice Shekhar Yadav had on Thursday last urged the government and the poll panel to consider postponing the Uttar Pradesh assembly elections for a month or two and banning all political rallies amid the fears of an impending third wave of Covid.

Also Read: Night curfew from 11 pm to 5 am imposed in Delhi amid rising Omicron cases

Next 30-40 years will be era of BJP: Amit Shah at party’s national executive meet in Hyderabad