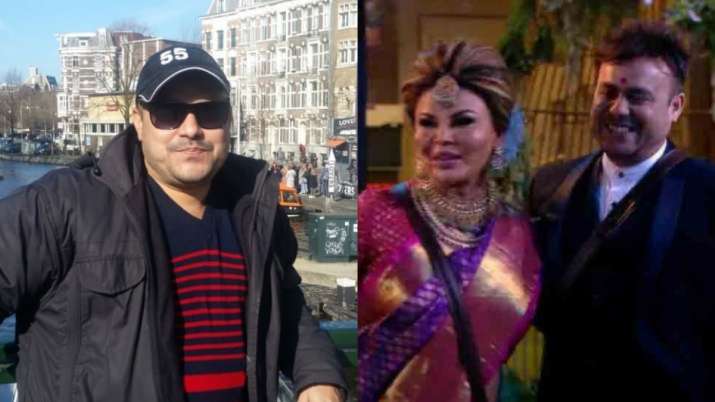 Ever since Rakhi Sawant’s husband Ritesh made his appearance in Bigg Boss 15 he has been under radar. Recently, he got evicted from Salman Khan‘s reality show. From his first marriage, domestic violence charges against him and being called ‘fake’ businessman, he is being questioned regularly.

After he issued clarifications about his first marriage in the media, it seems like he has to his social media to prove his ‘foreign connection’ and that he is a real NRI. He took to Instagram and shared several pictures from his foreign trips.  Sharing one of the pictures from the year 2014 where he represented the study of ‘first LTE to WiFi’ in Spain, he wrote, “Kuch purani yaade, maine Feb 2014 me mobile world congress ko represent keya…first LTE to WiFi feature to whole world present keya tha,being an indian, I was proud.”

Ritesh also shared photos of himself in Amsterdam, Germany, Beijing, USA and Hongkong. Check them out here:

In one of the posts, he even joked about himself, “Thak gaya post dalte dalte (I am tired putting up new pictures).”

For the unversed, Ritesh’s first wife Snigdha Priya levelled allegations of domestic violence against him and claimed that he was lying about being an NRI.

Reportedly, Sawant had confirmed her marriage to Ritesh in 2019 and claimed that he was an ‘NRI’

US Promises ‘Mother of All Sanctions’, Kyiv Urges Moscow to Back...