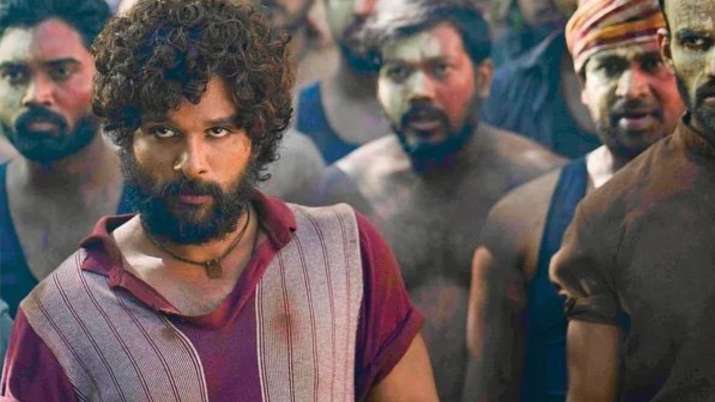 Allu Arjun-Rashmika Mandanna’s ‘Pushpa: The Rise’ is enjoying a glorious run in its second week. The film hit the theatres on December 17 across the globe in all languages. After a roaring first week response, the film is dominating the box office in its second week as well. The film was extraordinary on its second Monday as collections were higher than the second Friday, claims Box Office India. The film is not just enjoying a great run on the domestic market but also in the international box office. The film is expected to collect around Rs 42 crore.

According to BO report, “This film has now touched the 40 crore nett mark and looks like the second week business of the film will go to around 20 crore nett and it will not be stopping there going by this second Monday. The film is simply doing remarkable business in Maharahtra, CP Berar and Gujarat and could go anywhere in these areas. The other places have low collections but are holding very well as even places like Delhi / UP show similar collections to Friday.”

Buoyed with the success of ‘Pushpa’, the team has been celebrating, as they have been travelling to meet the fans from different cities of India. Helmed by Sukumar, Devi Sri Prasad has scored the music for ‘Pushpa: The Rise’. Rashmika Mandanna plays the female lead, while Ajay Gosh, Sunil Varma, Anasuya Bharadwaj appear in important roles. Malayalam star Fahad Fassil appears as one of the baddies in the movie.

The film deals with the red sanders smuggling in Seshachalam Forests of the Chittoor region of Andhra Pradesh. Although it attracted a few controversies with ‘van scene’ and Samantha Ruth Prabhu’s item song ‘oo antava’, the film is still maintaining the pace.

The 10 Best $15 Wines: From Chardonnay to Rosado