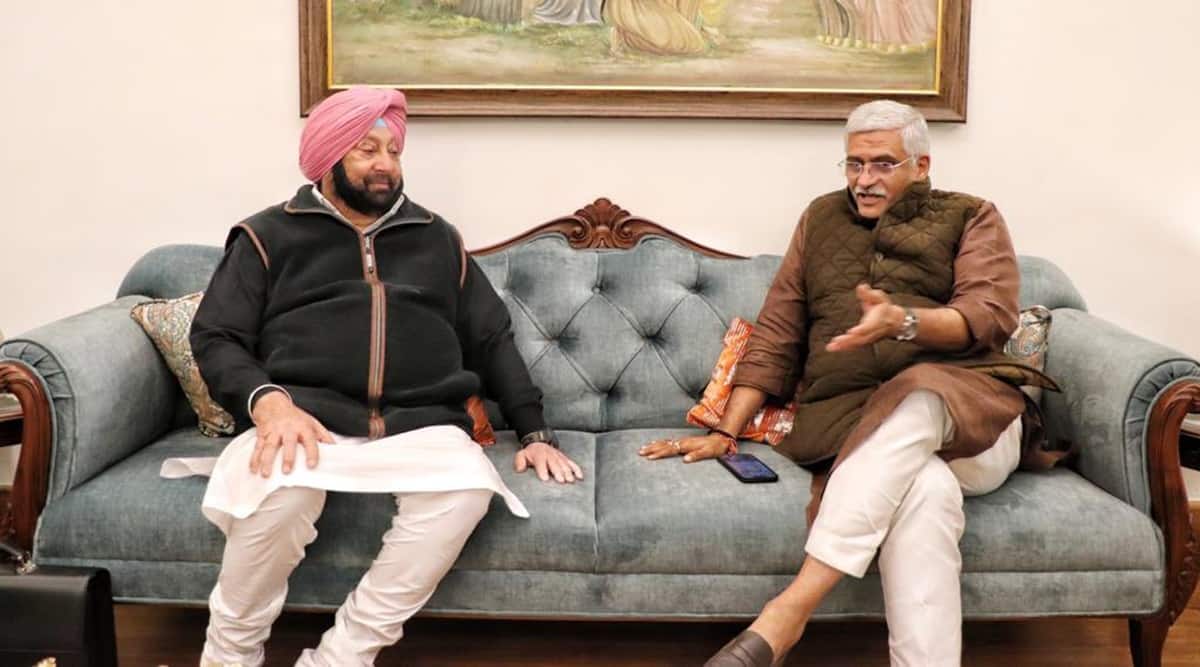 The BJP will contest the assembly polls in Punjab in alliance with Amarinder Singh’s Punjab Lok Congress and Sukhdev Singh Dhindsa’s SAD (Sanyukt), and the parties will issue a joint manifesto, Union minister Gajendra Shekhawat said on Monday.

Both Singh and Dhindsa, a Rajya Sabha MP, met with the BJP top brass, including president J P Nadda and Union Home Minister Amit Shah, at Shah’s residence here to chalk out a strategy for the polls.

“A meeting attended by Union Home Minister Amit Shah, BJP president J P Nadda, Amarinder Singh and Sukhdev Singh Dhindsa was held here. And it was decided that the BJP, Singh’s party and Dhindsa’s party will jointly contest upcoming assembly polls in Punjab,” Shekhawat told the media after the meeting.

Shekhawat, the BJP’s poll in-charge for Punjab, said a joint committee will be formed comprising two leaders from each party to finalise a seat sharing agreement.

Sources in the BJP said they see the elections in Punjab becoming a five-cornered fight as various farmer outfits may enter the fray, besides the Congress, SAD and the AAP.

Singh formed his own party, the Punjab Lok Congress, days after he resigned as the chief minister and quit the Congress.

Earlier, one of the BJP’s oldest allies, the SAD, moved out of the NDA over the issue of farm sector laws.

Indian monsoon: Avoid travelling to these places during monsoons