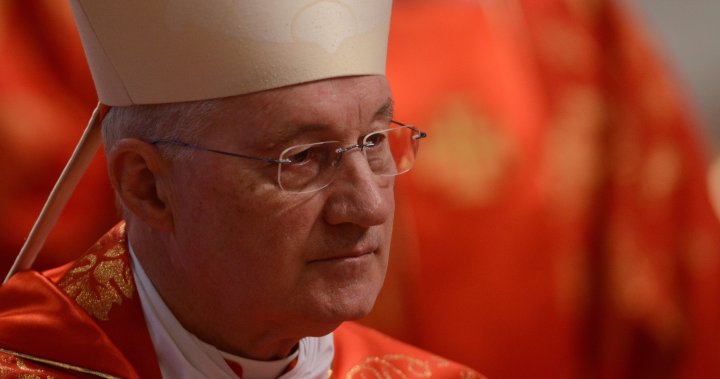 Quebec Cardinal Marc Ouellet is denying allegations of sexual misconduct made against him by a woman in 2020.

On Friday, the Roman Catholic archdiocese of Quebec City confirmed that it had received a second complaint against Ouellet, the former archbishop in the provincial capital.

A rare green comet not seen in 50,000 years is coming. Here’s how Canadians can see it

A Vatican investigation was conducted in the wake of the second complaint against Ouellet, but Pope Francis decided “not to retain the accusation against the cardinal” who now serves as head of the Vatican’s bishops’ office

In a written statement sent to media today, Ouellet confirmed his participation in the investigation and says he has “nothing to hide,” adding he acted with “complete transparency” during the entire process.

Ouellet denies having committed any “reprehensible behaviour” towards the woman and says no complaint has been filed against him in civil or criminal court.


Allegations concerning the cardinal first surfaced last summer in a class-action lawsuit against the archdiocese of Quebec, and last week one of the complainants revealed her identity and accused the Catholic Church of trying to silence her through “threats and intimidation.”

Pamela Groleau, one of 140 complainants behind the suit, said she initially kept her identity secret to protect her family, her job and her mental health.

In the lawsuit, Groleau accused Ouellet of several incidents of sexual assault between 2008 — when she was 23 — and 2010, including sliding his hand down her back and touching her buttocks at an event in Quebec City.

The allegations have not been tested in court, and Ouellet last month countersued Groleau in Quebec Superior Court for defamation, denying the allegations and seeking $100,000 in damages

The second allegation was reported this week by the French Catholic weekly Golias Hebdo, which also published a letter with the woman’s name redacted – dated June 23, 2021. In the letter, current Quebec City archbishop Gerald Cyprien Lacroix informed her that her complaint would not be pursued.