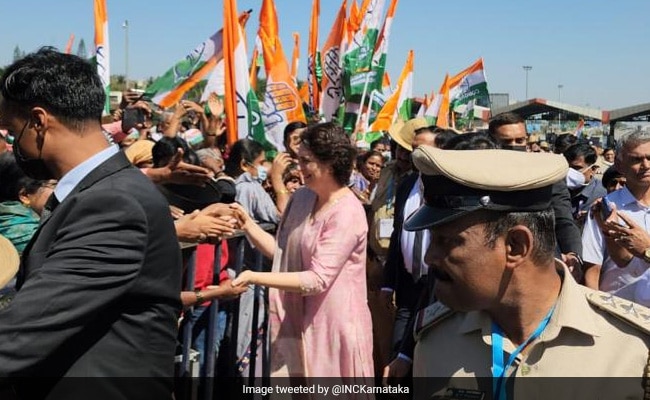 Priyanka Gandhi at a women-centric convention in Karnataka

Addressing a women-centric convention organised by the Karnataka Pradesh Congress Committee in the poll-bound State, the Congress leader said she was brought up by two brave and strong women — her grandmother Indira Gandhi and mother Sonia Gandhi.

Priyanka Gandhi said Sonia Gandhi fell in love with Rajiv Gandhi at the age of 21.

“She (Sonia) came all the way from Italy to India to get married to him. She struggled to learn our traditions. She learnt the ways of India. She imbibed everything from Indiraji and at the age of 44, she lost her husband. Even though she disliked politics, she took the path to serving the nation and she served it all her life till today when she is 76 years old,” Priyanka Gandhi said.

“No matter what happens to you in your life, no matter how big a tragedy you face, how deep your struggles are… whether at home or work or outside, you have the capacity to stand up and fight for yourself,” Priyanka Gandhi said.

What To Expect At Australian Open 2023?