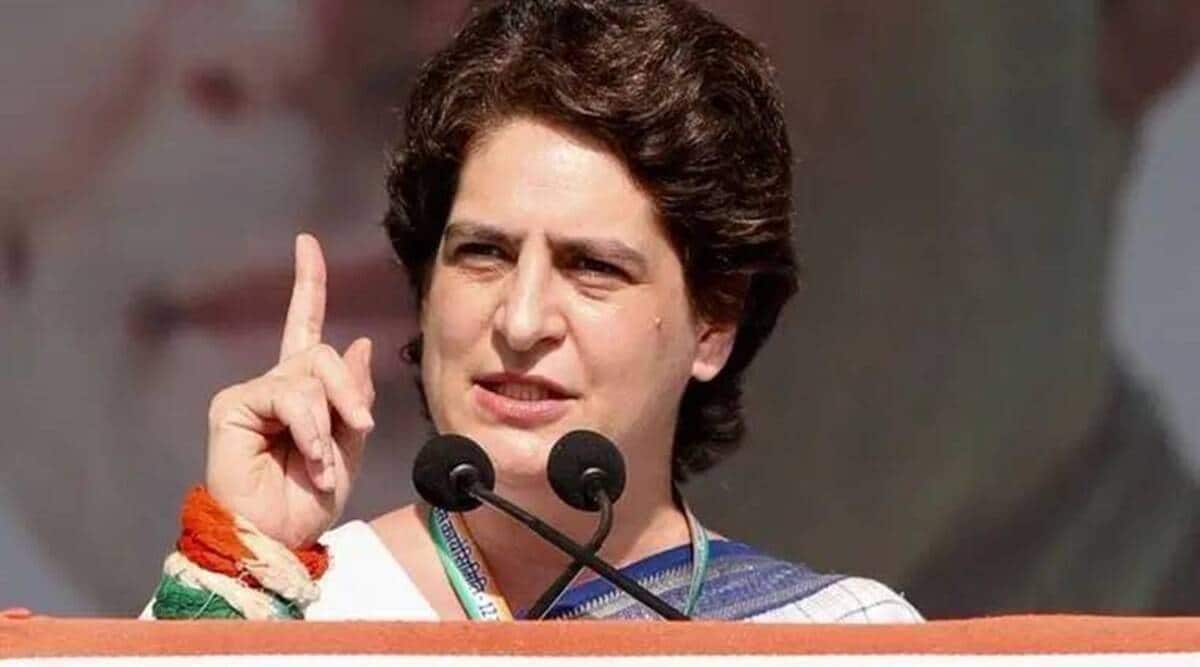 A day after Uttar Pradesh Chief Minister Yogi Adityanath ordered an inquiry into the land transactions in Ayodhya, senior Congress leader Priyanka Gandhi Vadra Thursday argued that the probe ordered by the state government is inadequate and said the Supreme Court should investigate the matter.

The probe was ordered by the Uttar Pradesh government on a day The Indian Express published an investigative report that elected public representatives and relatives of state government officials bought land parcels in Ayodhya after the November 9, 2019 Supreme Court verdict clearing construction of a Ram temple in the district.

Addressing a press conference with Congress communication department head Randeep Surjewala at the AICC headquarters, Priyanka said, “The Uttar Pradesh government yesterday (Wednesday) said that they are ordering a probe. Who is conducting the probe? A district-level officer.”

“The Ram Mandir Trust was set up on the basis of the orders of the Supreme Court. So, this investigation should be conducted through the Supreme Court. Because a district-level officer cannot hold an inquiry against a Mayor. You all know that well,” Priyanka said.

She said a “loot” is on near the Ram Temple. “BJP leaders, office bearers and officials of the Yogi Adityanath government are involved in this loot. Nobody knows how much land is there and a scam running in how many crores is taking place.”

She also alleged, “Money from the Ram Mandir Trust is being misused to benefit government officials and members of BJP and RSS. The trust is buying land at inflated rates.”

Mentioning a specific case, she said, “There is a clear transaction here where a piece of land which was sold in 2017 to a certain person was then sold by that person in two parts. The first part, which was 10,000 square metre, was sold directly to the Ram Mandir trust for Rs 8 crore.”

“The second part, which was 12,000 sq metre, we are talking about the same piece of land, you sold one piece of it, 10,000 sq metre, let’s say at 6 pm and 19 minutes later, you are selling the second part of the land, a slightly larger part, 12,000 sq metre to a certain Ravi Mohan Tewari for Rs 2 crore. So, you have a piece of land, half of it is going for Rs 8 crore and the other half, slightly more than the other half, is going for Rs 2 crore at the same time. Five minutes later, Mr Ravi Mohan Tewari is selling that Rs 2 crore piece of land for Rs 18.5 crore to the Trust,” Priyanka alleged.

“And who are the witnesses on these sale deeds? The Mayor of Ayodhya, Rishikesh Upadhyay, and Anil Mishra, a member of the Ram Janmabhoomi Trust,” she added.

“On March 18, 2021, a part of this land, around 10,370 sq metre, was sold at Rs 8 crore to the Ram Mandir Trust. The land was bought by Champat Rai on behalf of the Ram Janmabhoomi Trust. On this sale deed, there are signatures of Upadhyay and Mishra. And on the same day, at 7:10 pm, the second part of 12,080 sq metre, Ravi Mohan Tewari bought it for just Rs 2 crore. While the Trust is buying one part at Rs 8 crore, the other part, a private player is buying at Rs 2 crore.”

“And after five minutes, 7:15 pm, the Rs 2 crore land was sold to Ram Temple Trust at Rs 18.5 crore. And the signatures of Rai, Upadhyay and Mishra are there,” he added.

Sedition law must not be stuck down, guidelines against misuse be...