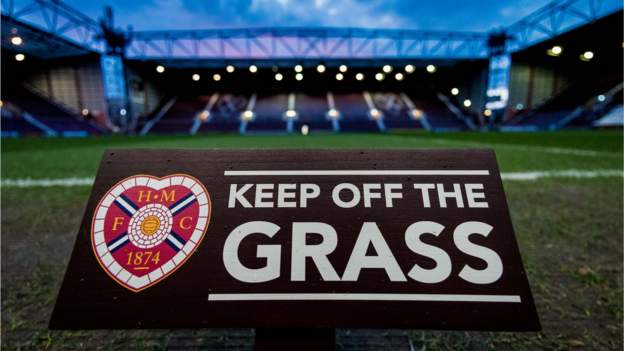 The Scottish Premiership winter break has been brought forward from 4 January and will begin after Sunday’s fixtures.

The SPFL board made the final decision after clubs were given a deadline of Wednesday 17:00 GMT and three options to choose from – pause as planned on 4 January, begin the break on Monday or before Sunday’s games.

The lower tiers do not have a scheduled winter break and have opted to play on.

The Premiership resumes on 17-18 January, while the other round of rearranged matches takes place on 1-2 February and culminates with Celtic v Rangers.

SPFL chief executive Neil Doncaster confirmed there were “mixed views” among top-flight clubs over an earlier shutdown which will “increase the risk of further disruption to an already highly congested fixture calendar.”

He added: “However, a majority favour the postponement of fixtures to give a chance for games scheduled to be played over the festive period to be played in front of fans, once the three-week period of restrictions comes to an end.

“We would like to place on record our sincere thanks to Sky Sports and Police Scotland for their flexibility in accommodating these changes and to all cinch SPFL clubs for their clear, positive and constructive feedback as we work together to get through the challenges posed by Covid-19.”

The SPFL board encouraged clubs not to vote for beginning the break before Sunday due to the few dates available to play games.

Clubs met on Tuesday before informing the SPFL of their preference on Wednesday.

Celtic, Hibernian and Motherwell had publicly called for the break to be brought forward, while Aberdeen wanted their upcoming home games with Dundee and Rangers postponed, estimating they stood to lose £500,000 if they went ahead.

The Scottish government announced on Tuesday that, from 26 December, outdoor sporting events in Scotland can have a maximum of 500 people in attendance.

As well as vastly reduced limits on crowd numbers, which are initially in place for three weeks, the first minister also confirmed one metre social distancing will be put in place.

On Tuesday, a statement from the Scottish FA/SPFL joint response group (JRG) said that discussions are ongoing with the Scottish government to ensure any loss of income for clubs due to the new measures are compensated.