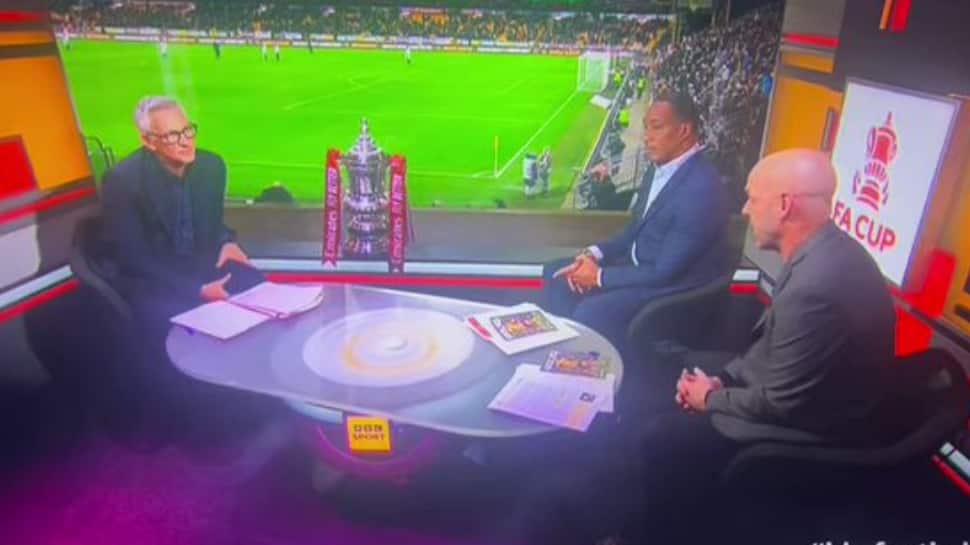 New Delhi: The BBC on Tuesday (January 17, 2023) issued an apology after their FA Cup coverage was interrupted by a pornographic audio clip. An audio of a woman moaning was played at high volume while host Gary Lineker was seeking the opinion of fellow pundit Alan Shearer during Liverpool vs Wolverhampton Wanderers match.

“I don’t know who’s making that noise,” Lineker, a former England striker, said with a laugh.

“Somebody’s sending something on someone’s phone, I think. I don’t know whether you heard it at home,” he added during the live broadcast.

He later said on Twitter that a phone had been taped to the back of the studio set as a prank.

“As sabotage goes it was quite amusing,” Lineker said and posted the picture of the phone.

Well, we found this taped to the back of the set. As sabotage goes it was quite amusing.  pic.twitter.com/ikUhBJ38Je
— Gary Lineker  (@GaryLineker) January 17, 2023

As the clip went viral on social media, the British broadcaster issued an apology and said, “We apologise to any viewers offended during the live coverage of the football this evening. We are investigating how this happened.”

“We apologise to any viewers offended during the live coverage of the football this evening. We are investigating how this happened.” – BBC spokesperson

Meanwhile, a self-ascribed YouTube prankster, who calls himself ‘Jarvo’, said that he was behind the prank.

Yes, it was me that pranked the BBC Match of the Day with the sex Phone 🙂 The video coming soon!!!! @BMWJARVO best prankster ever!!!! pic.twitter.com/0kVE1jlvAI
— Jarvo69 (Daniel Jarvis) (@BMWjarvo) January 17, 2023

Jarvo, whose real name is Daniel Jarvis, was banned last year from all sporting events in England and Wales for two years after running onto the pitch during a cricket test match between England and India in September 2021.

Why is Turkey Blocking Sweden and Finland NATO Membership? | Explained

Putin to go to war with US, NATO? Russia plans renewed offensive over tanks aid