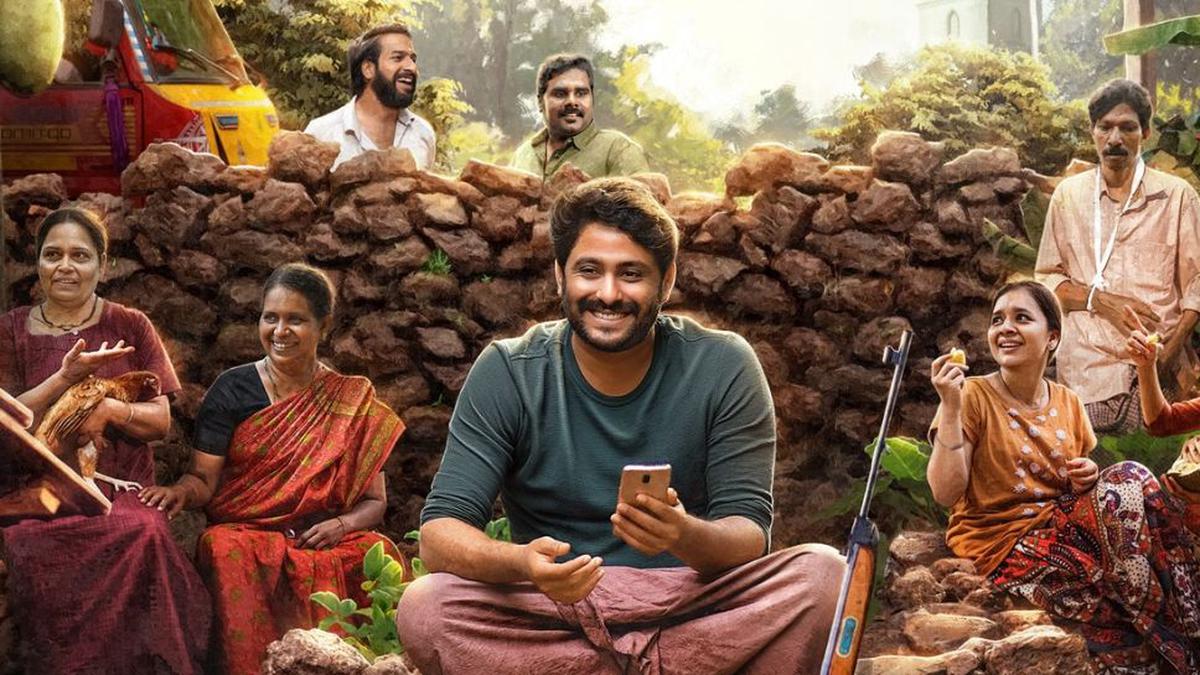 Towards the climax of Poovan, Kannan (Vineeth Vasudevan) asks his wife Veena (Akhila Bhargavan) whether the people in her neighbourhood are more concerned about the little, inconsequential things over the stuff that matters. The character says that from the experience of having seen his mother-in-law lament the loss of her sewing machine which her daughter took it with her while eloping with Kannan, and after seeing a neighbour crying over a missing rooster.

On paper, it might have stood out as a poignant moment, but an audience fed up with the parade of silliness that was the story involving the rooster would nod along in agreement with his question. Vineeth, who made the much-appreciated short film Anurag Engineering Works, is in his element when he tries to tell the stories of humans, and the disappointments that arise from the lack of understanding and miscommunication. But, every time he strays into the story thread involving the rooster, which was touted as the film’s highlight, the narrative falters.

Storyline: The day-to-day life of Hari, who suffers from insomnia, takes a turnaround with the arrival of a rooster next door.

At the centre of Varun Dhara’s script is Hari (Antony Varghese), who is facing issues due to insomnia. Compounding his worries, his sister Veena elopes with Kannan, with whom Hari has a past rivalry. Everything is not bleak for him though, as the girl whom he has been pursuing for a long time has responded positively to him. However, the arrival of a rooster at the neighbouring house and its constant crowing make his insomnia worse. The primary task for the scriptwriter seems to be to find a solution to his insomnia, but the ways he devises to solve that problem succeed in putting the audience to sleep.

These plans include a painfully long sequence of a group of grown-up men arriving in a colourful camouflage to catch the rooster. Despite the attempts to give some kind of godly aura and an impression of superhuman powers to the rooster, it really doesn’t work. Yes, there is beauty in the little things, but the ‘characterless’ rooster in the film is certainly not one of them.

At the same time, it has to be said that the scriptwriter and director have handled the subplots in a better manner, especially the unlikely love story between Benny (Sajin Cherukayil) and a much younger Sini (Anishma Anilkumar). On the other hand, they are not sure of what to do with the protagonist Hari or convey to the audience what exactly keeps him awake other than the rooster. The rivalry with his brother-in-law and the later issues that crop up between them arise out of simple misunderstandings, which are dragged on pointlessly to sustain the film.

Even if you take away the rooster and his insomnia from the script, there will remain elements of the average, light-hearted family drama. That would have still made for a better watch than these unimaginative, snooze-worthy add-ons for the sake of novelty.