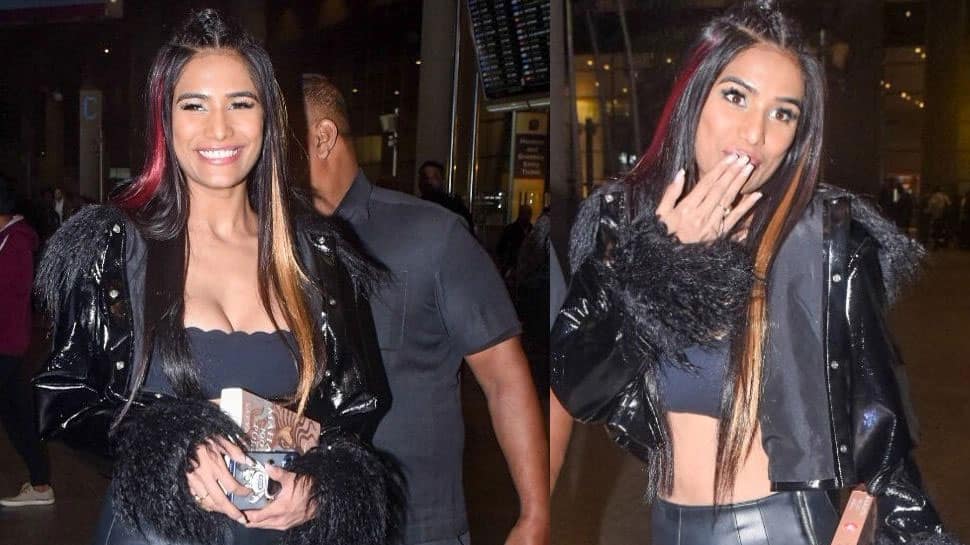 New Delhi: The controversial celebrity Poonam Pandey was recently spotted at the Mumbai airport wearing a black bralette, leather pants and a jacket. Looking all ready, she walked towards the exit amid security as many tried to click pictures with her. She was also seen holding a book in her hand. Social media is abuzz with her airport look and netizens did try to roast her a bit this time.

Commenting on Poonam’s look, many wrote mean things on social media. Some pointed out her clothes while others took a dig at her reading habit. One user wrote: Who dresses like that for a plane? Another one said: Can she read is the question.

She was last seen in Kangana Ranaut’s reality show Lock Upp season 1. While on the show also, she once mentioned facing domestic violence. Poonam had revealed that her estranged husband Sam Bombay once beat her so much that it caused her brain haemorrhage.

Poonam Pandey got married to her boyfriend Sam Bombay in a private ceremony in 2020. Soon after the wedding news, she filed a complaint against him saying that he has molested, threatened and assaulted her. The incident reportedly took place in Canacona village in south Goa where Pandey was shooting for a film and later Sam was arrested.

Sam who was born and brought up in United Arab Emirates Dubai is an ad filmmaker and a producer.