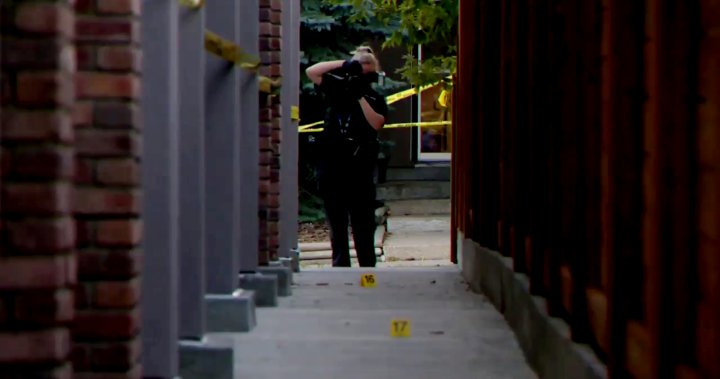 Police found an injured person in a south Calgary neighbourhood on Tuesday after someone reported shots being fired in the area.

The Calgary Police Service said it received reports of shots fired at around 4:10 p.m. in the 1700 block of 28 Avenue S.W.

Officers found one male with a possible gunshot wound. They said he suffered non-life threatening injuries.

A Good Samaritan in the area told police they found another person with a possible gunshot wound and dropped them off at another downtown location after they refused a ride to a hospital.

Police said it was too early in the investigation to know whether the victims were targeted.

Police said officers were interviewing witnesses in the area and gathering nearby CCTV video. They did not say if they have any suspect(s).

Any tips about this incident can be given to the CPS non-emergency line at 403-266-1234 or anonymously to Crime Stoppers.

There have been more than 100 shooting incidents in Calgary in 2022.

Behind Austin’s Call for a ‘Weakened’ Russia, Hints of a Shift