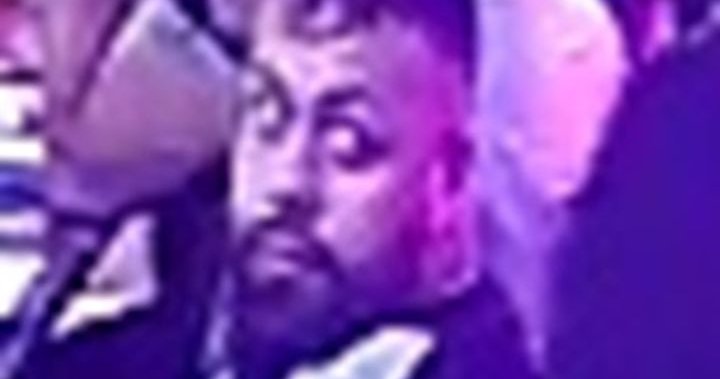 The Edmonton Police Service provided an update Tuesday on their investigation of a shooting on the city’s north side in September and released images of the suspected shooter with the hope someone will be able to identify him.

At about 12:30 a.m. on Monday, Sept. 5, police were called to a shooting at a restaurant in the area of 108 Street and Castle Downs Road.

“It was reported to police that a fight broke out inside the restaurant, during which multiple gunshots were fired inside and outside of the establishment,” police said.

A 25-year-old man was shot and sustained serious injuries and police said the suspected shooter fled the scene.

“Three other males involved in the altercation also fled the scene in a vehicle and were apprehended a short time later by police. They were released without charges at the time.”

While police have yet to identify the suspected shooter, they said Tuesday three people have now been charged in connection with the violence and arrest warrants have been issued for two other people.

Chadi Mohamed Ghanem, 39, Diab Ghanem, 31, and Samer Ghanem, 38 face a combined 14 charges ranging from assault to careless use of a firearm. Arrest warrants have been issued for Sohka Son, 40, of Seattle, and Wael Hammoud, 36, of Calgary, who are wanted on assault charges.

Police said the suspect is about 25 to 30 years old, about six feel tall and has a medium build.

“This was a very serious incident, and given the number of shots fired, it could have resulted in many others being injured or even killed,” said EPS Staff Sgt Ahmed Alkarout.

“After exhausting all other investigative efforts, we are hopeful someone will recognize the suspect and come forward with information.”