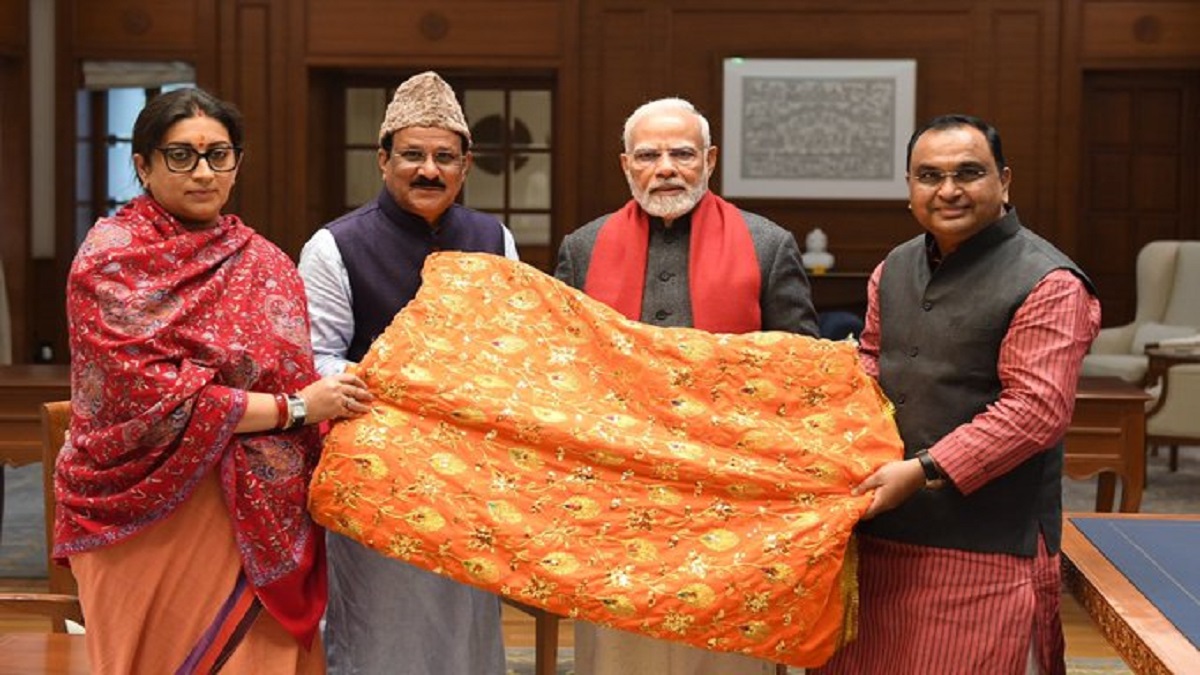 Prime Minister Narendra Modi on Tuesday handed over a chadar that will be offered at the shrine of renowned Sufi saint Khwaja Moinuddin Chisti. Notably, the shrine at Ajmer is one of the holiest Sufi shrines, frequented in large numbers by the faithful.

“Handed over the Chadar which would be offered on the Urs of Khwaja Moinuddin Chishti at the Ajmer Sharif Dargah,” tweeted PM Narendra Modi on Tuesday.

Notably, this was not the first time when the Prime Minister has offered chadar to the Muslim holy place.