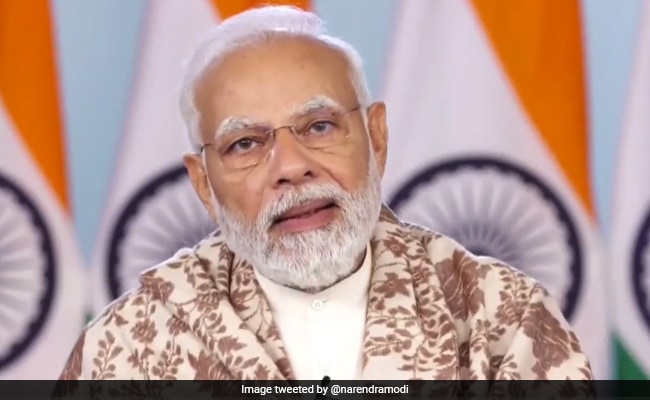 PM Modi will address the annual meet that is expected to discuss the situation in Kashmir. (File)

Chiefs of all state police forces and paramilitary organisations are meeting here for three days beginning Friday with cyber security, war on drugs and threats from across the border among their top agenda, officials said.

Around 350 top police officers of the country in the rank of the director general and inspector general will attend the conference, an official said.

Threats from Khalistani extremists, danger to the economy, cryptocurrencies, Maoist violence and northeast insurgency are other issues which may come up for discussion.

The next year, when the Narendra Modi government came to power, it was decided to hold the event, organised by the Ministry of Home Affairs and Intelligence Bureau, outside the national capital.

Accordingly, it was held in Guwahati in 2014, Rann of Kutch in 2015, the National Police Academy in Hyderabad in 2016, the BSF academy at Tekanpur in 2017, Pune in 2019 and virtually during the Covid pandemic in 2020 and in Lucknow in hybrid mode in 2021.  This time, the conference is being held at the Indian Agricultural Research Institute in Delhi’s Pusa, unlike the previous venue Vigyan Bhavan.

The number of business sessions and topics have increased significantly with a focus on improving policing in service of people, another official said.

Before 2014, deliberations largely focused on national security matters only. Since 2014, these conferences have a twin focus on national security as well as core policing issues, including prevention and detection of crime, community policing, law and order, improving the police image, etc, the official said.  Earlier, the conference was Delhi-centric with officers coming together only for the conference. Residing in the same premises over two to three days has served to build a heightened sense of unity amongst officers of all cadres and organisations since 2014.

Direct interaction of top brass of the police with the head of government has resulted in a convergence of views on crucial challenges faced by the country and the emergence of doable recommendations, the official said.

In the past few years, the topics are selected after detailed discussions with the highest echelons of the police service.

Once selected, several interactions on presentations are held before committees of DGs to encourage participation and to incorporate ideas from the field and from younger officers.

As a result, all presentations are now broad-based, content-intensive and carry a set of cogent, actionable recommendations.

Since 2015, detailed follow-up of recommendations of past conferences is the norm and is the topic of the first business session, attended by the prime minister and the home minister.

Recommendations are tracked closely by the conference secretariat, led by the Intelligence Bureau, with the help of nodal officers of the states.

Decisions made in the past few conferences led to significant policy changes leading to improvement of policing in the country, including setting higher standards for effective policing in rural and urban areas, and improved methods of modern policing, based on smart parameters.