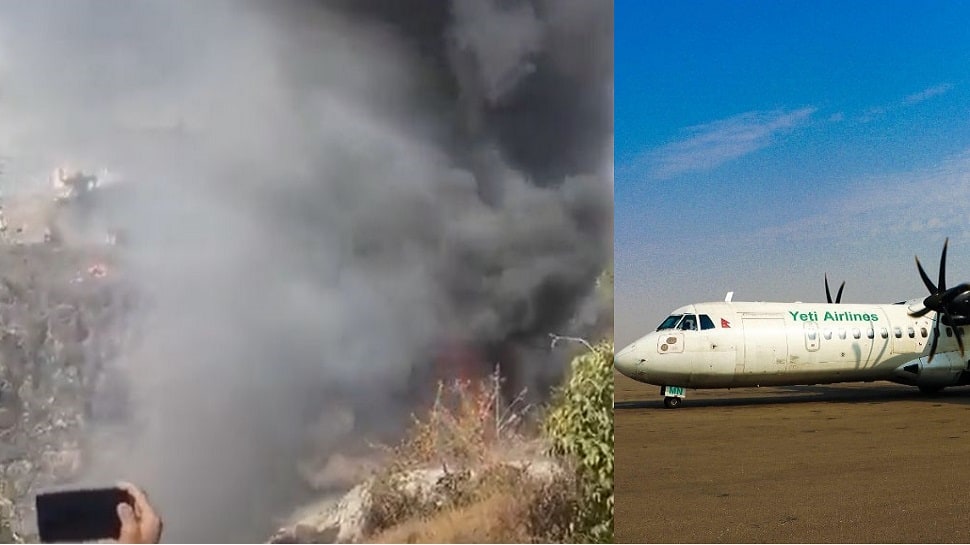 A 72-seater passenger aircraft has crashed while landing on the runway of the Pokhara International Airport in Nepal. As per ANI, a total of 68 passengers and four crew members were on board the Yeti Airlines aircraft that crashed between the old airport and the Pokhara International Airport, Sudarshan Bartaula, spokesperson of Yeti Airlines mentioned. As per the latest updates, 40 are confirmed dead, including five Indians. Yeti Airlines was operating an ANC ATR 72 aircraft, which was flying from Kathmandu to Pokhara with 68 passengers. Rescue operations are underway and the airport is closed for the time being.

“I am deeply saddened by the tragic accident of Yeti Airlines ANC ATR 72, which was flying from Kathmandu to Pokhara with passengers. I sincerely appeal to the security personnel, all agencies of the Nepal government and the general public to start an effective rescue,” said Nepal Prime Minister Pushpa Kamal Dahal on Twitter.

Nepal has a poor air safety record due to the harsh terrain and usage of smaller aircrafts. One May 29, 2022 a turboprop Twin Otter 9N-AET plane operated by Nepal’s Tara Air went missing 15 min into the flight, losing communication with the ATC.

The plane with 22 onboard, including 19 passengers and 3 crew members was travelling from tourist town of Pokhara, 125 kilometres (80 miles) west of the capital, Kathmandu, and was bound for Jomsom, about 80 km (50 miles) northwest of Pokhara, a popular tourist and a pilgrimage site. All 22 onboard were declared dead later.

Uber To Allow Booking Rides Through WhatsApp In India: Report

SBI To Get Rs 973 Crore From Centre For Compensation Payment...